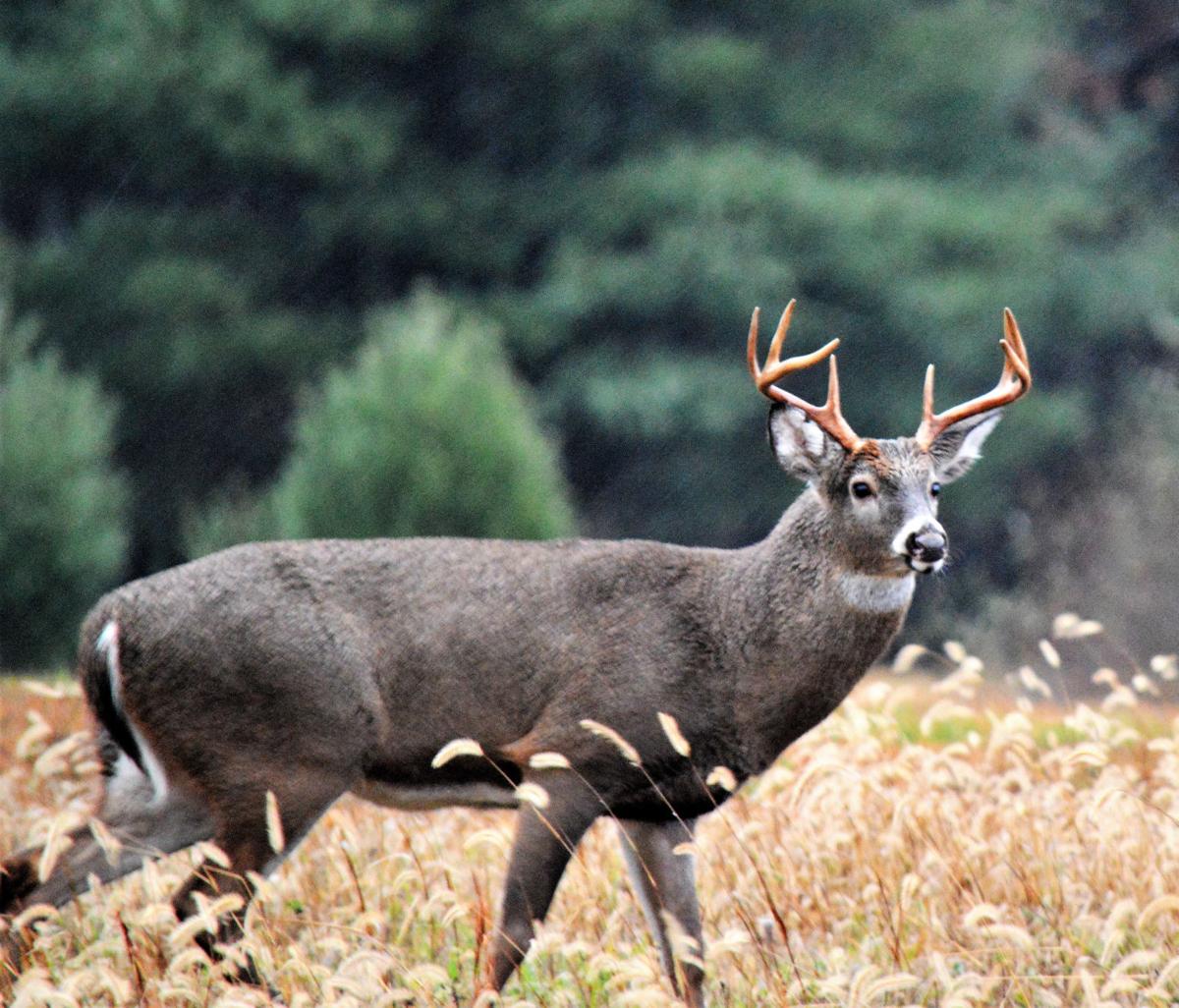 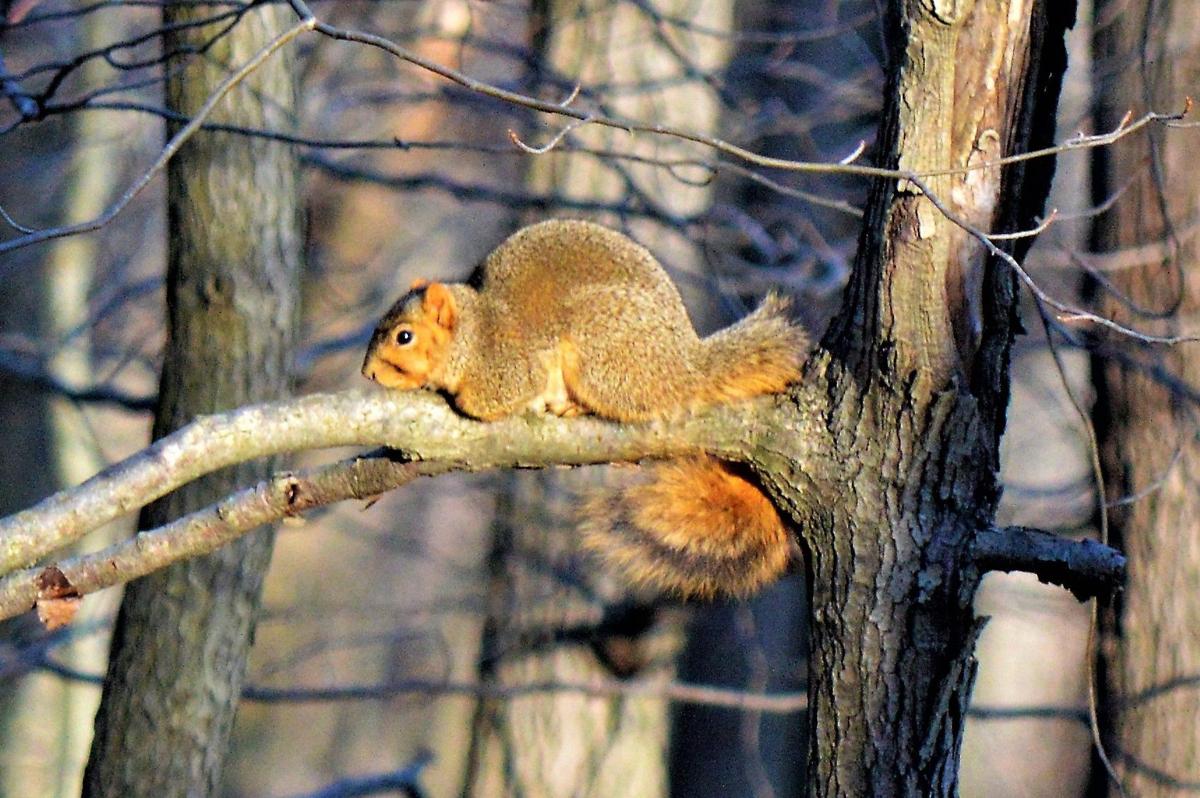 By this time next week, I’ll be sitting in my tree stand hoping (and praying) that a nice buck comes by. It’s been a long dry spell for me (5 years I think); so, if I get one, I will likely be as ecstatic as I was with my very first buck.

The first day of buck season is like Christmas Day for hunters, with everything that occurs in the entire year before this magical day leading up to it…

This year the fall small game and turkey seasons were enhanced by a spectacular display of flaming foliage. Everyone (myself included) thought it was going to be a dud of a year because of the exceptionally hot and dry summer. But we were wrong. This fall’s colors were among the best I can remember. Just being in the woods at this time of year was a special delight for the senses.

When turkeys are in season in PA, so concurrently is archery season for deer. I haven’t hunted archery since I dropped my bow out of a tree and broke it. (Did you ever notice how, whenever you drop your jelly bread on the floor, it always lands jelly side down?) Well my crossbow landed scope side down, effectively smashing it and bending the frame it was mounted on beyond repair. But my primary reason for hunting archery has always been just to have a purpose (excuse) to be in the woods anyway. Although this year I saw zero turkeys in the two week season but I did see numerous deer, a few of which were nice bucks. None of them were close enough that they would’ve presented a shot though, or that may have prompted me to seek out a new crossbow.

So rifle season is the one I look forward to. I’m still not a fan of it opening on Saturday, as opposed to the traditional Monday that I experienced for 50 or so years. And I’m convinced the Game Commission doesn’t care what the hunters want. I have many friends, fellow hunters and contacts on social media and the consensus of opinion among them all was running 10 to one against the Saturday opener.

Then the Game Commission came out and announced that an “overwhelming majority” of hunters wanted the change. Either the PGC is creating that narrative to back up their decision or my contacts are all out of touch with what “real hunters” want. End of rant!

The “rut” (the deer’s breeding season) is, from what I’ve observed and heard, a bit late this year. Although other factors are involved, I blame mostly the warmer weather we’ve had this fall. Once we hit the cooler spell, I saw rutting activity increase markedly. This could turn out to be a plus for rifle hunters though as some of the bucks may still be on the move and cruising for does when the season opens. And deer on the move is what hunters hope and pray for.

I’ll be in the same tree stand I’ve used for the past 15 years or so. It was a great spot originally; but either it ran its course or I’ve just had a run of bad luck. But for the last five years, all I’ve managed were several does.

I’ve had days in this stand when I saw turkeys literally from sunup to sundown. I’ve seen turkeys roosted in trees against the backdrop of fiery sunrises and watched them awkwardly flying from roost to the forest floor. (Turkeys are not the most graceful or coordinated creatures in the woods.) From my stand, on several occasions I’ve also been privileged to witness the phenomenon of turkeys flying up to roost at the end of the day. That spectacle is one that has to be seen to be believed.

Turkeys are so large that they can’t just leap into the air and fly straight up to a roost tree. They need a running start (picture a B52 bomber needing a long runway to take off). They will sprint off as fast as they can go and then start violently flapping their wings as they gradually gain altitude. Their target tree is usually 50 to 75 yards ahead of their starting point. When they reach the roost tree they latch onto a branch (or try to) with their feet. Sometimes the branch isn’t big enough and they frantically hop from limb to limb trying to secure a spot. All this chaos is very noisy, especially when the forest floor is covered with dry leaves. Noisy, yes, but extremely entertaining.

I’ve taken numerous deer from this stand but none more memorable than the one-eyed old warrior I took several years back. In retrospect I realized that I had missed this same deer the prior year. I thought I had him for sure but tracking revealed only a few drops of blood and then nothing. The next year, on day two of the season, I wasn’t seeing much and was thinking about the one I missed the year before. I glanced over to where he had been standing and—lo and behold—there stood a deer in the same exact spot.

I thought at first that my mind was playing tricks on me. Déjà vu! But this time I didn’t miss. He was definitely the same deer as his rack was identical to the one the year before. He had nicks and gouges all over his body, several antler points broken off and an eye was missing—likely from a battle with another buck. I later discovered I had trail camera photos of him about a half mile away in a distant field a month before. His eye was missing even then. He had been a fighter.

Once a hunter gets familiar and comfortable with a spot, it’s really hard to give it up. It’s like moving out of a home you’ve had a long history with. The memories alone make a day in that stand a valuable, if not a precious, experience. So I’ll give it at least one more year and see what develops. A lot (but not all) of a hunter’s success has to do with pure dumb luck. So perhaps my luck will change this year. We shall see.

But no matter what, I’m looking forward to having two weeks to spend in God’s great Creation. Good luck to all the hunters out there.

Next time I’ll hopefully have all the statistics on the buck I got.