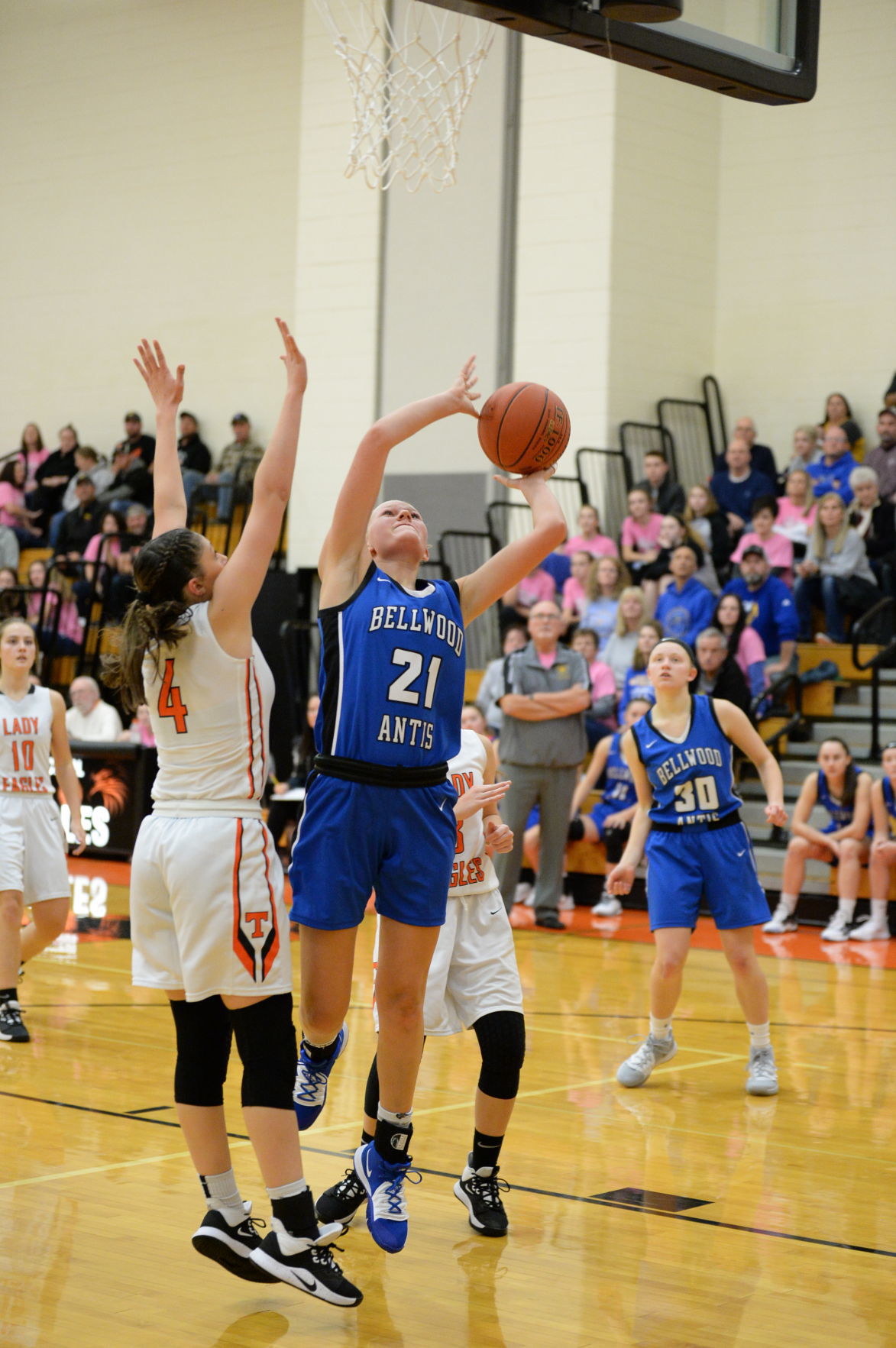 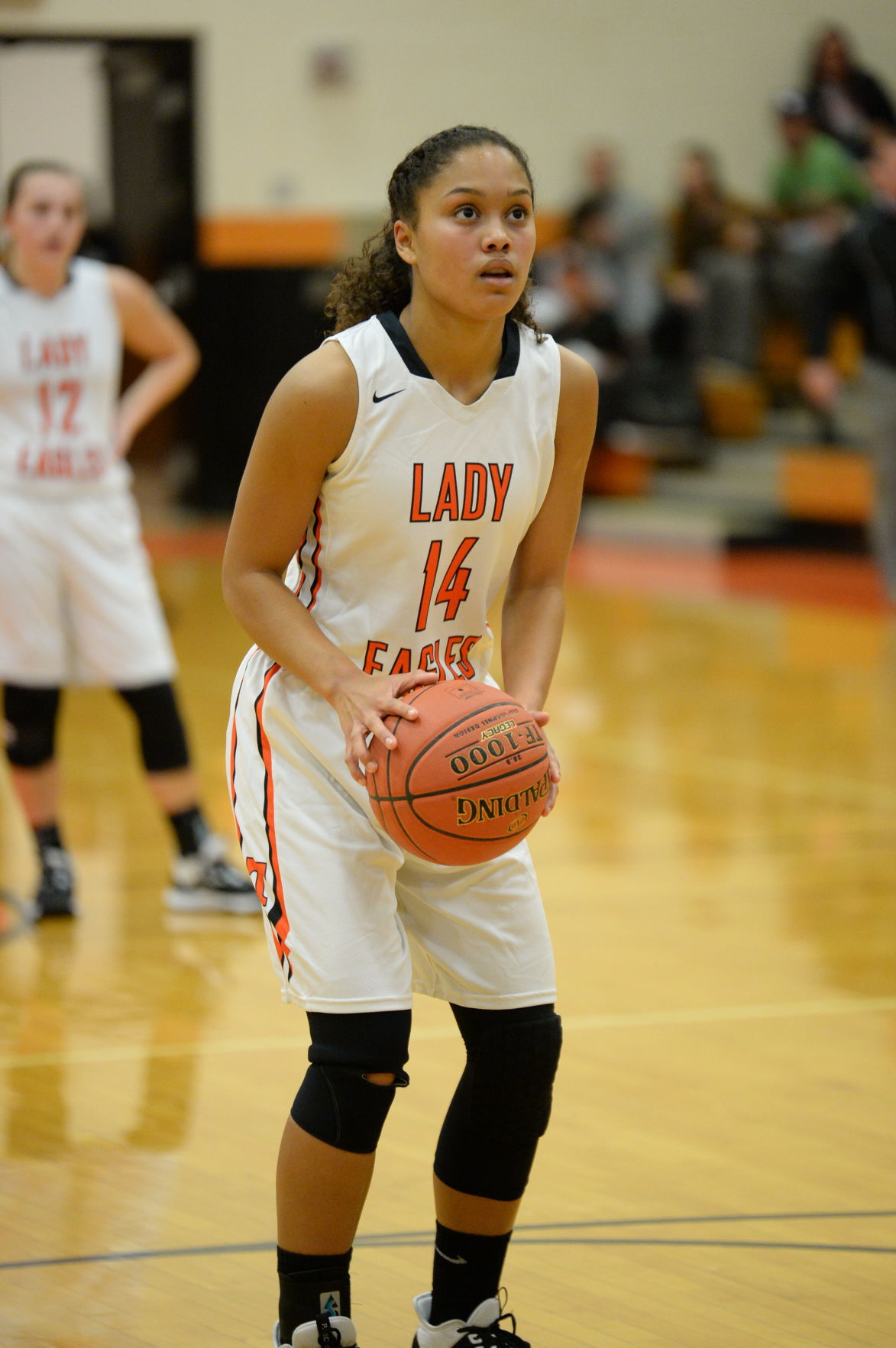 If Bellwood-Antis senior Alli Campbell had any rust to shake off Saturday after missing the entire preseason with an injury, it’s fun to think of what she might have done with a week or two of practice under her belt.

Maybe she would have scored 50.

Instead, the Notre Dame commit who’s rated among the top players in the country settled for 35 in leading the defending PIAA 2A champions past Tyrone 66-40 in the annual Pink Game at the Tyrone Area Middle School gymnasium.

Campbell made four three-pointers and netted 10 consecutive points in the second quarter in a competitive game where the lead never got beyond four points quickly turned into a double-digit margin for the Lady Eagles that spiraled into a rout in the second half.

“She dominated the game with one day of practice,” said B-A coach Jim Swaney. “I don’t even know if she’s 100 percent yet. She’s just a once-in-a-lifetime type of kid. She’s a dominant player, and I’m real, real happy she plays for us.”

Campbell had broken the pinky on her left hand early in the fall playing a game of dodgeball and the injury required surgery. After several weeks of rehab she was cleared Friday, giving her only the Lady Devils’ Friday afternoon practice to prep for Tyrone, a team that had given B-A some problems last season.

“She’s obviously the best player around,” said Tyrone coach Luke Rhoades. “She probably hasn’t touched a ball in how long and she can come back and play like this after just coming back, kudos to her. It’s pretty impressive.”

Campbell was emotionally engaged from the start, with visible signs of excitement early, and especially during her personal 10-0 run.

“When she was inactive, that’s really the first time that’s happened, and you took away her love,” said Swaney. “She couldn’t get out and play with these kids in the first three weeks, and it was bothering her. She was thrilled in the fact that yesterday she was cleared to play.”

Campbell had the kind of help that has been a hallmark for B-A since the Lady Devils began their state championship dynasty in 2018. Fellow Division I commit Sakeria Haralson scored 13, while several other Lady Devils were there to drain three-pointers when Campbell drew enough attention to warrant a kick-out. Macy Decker had three of them and finished with 9.

Tyrone led in the game only once, when Shannon Shaw hit a three-pointer to open the scoring in the first quarter, but B-A came back quickly Campbell hitting a pair of baseline drives to put the Lady Devils ahead 4-3.

B-A led 13-11 after the first quarter and it remained tight into the second. The Lady Eagles were having some success driving the basketball, with Jaida Parker scoring three times inside, and their ability to get into the paint and scrap for loose balls had the Lady Eagles in the bonus before the first quarter was over. But Tyrone couldn’t capitalize, making only 2 of 7 from the foul line and missing eight in a row from the field at one point to set the stage for the Lady Devils to widen the margin.

Campbell hit two more on moves to the baseline, drained a three, and converted an and-one opportunity, and before the Lady Eagles knew what hit them it was 27-18 at halftime.

“The difference in the first half was the foul shooting,” said Rhoades. “At one point it was 16-14 and we missed six foul shots. We can’t do that, not against a team like that.”

Parker, who finished with a team-high 22, tried to keep Tyrone in it with 12 points in the second half, but by then the Lady Devils had settled into a rhythm they liked. Campbell scored 12 more in the third, including two more from beyond the arc, Chelsea McCaulsky drained a three and Haralson added five as B-A extended its lead to 47-26.

Campbell had 31 by the end of the third, and in the fourth she assisted on a pair of threes by Decker while Haralson scored six more.

It was everything Coach Swaney has come to expect from this group of Lady Blue Devils, but for Tyrone, which had taken B-A to the limit twice in 2018-2019, to lose by 26 was a bit of a shock.

“That’s not what we expected for game one,” said Rhoades. “Obviously they’re a great team, but we were not expecting this. We’ve got to mature mentally. We’re young, but we’ve got a lot of girls with game experience, and we’ve got to mature. Mentally, we’ve got to get to where our basketball ability is. Until we get that, it’s going to be a tough road for us.”

Tyrone will be seeking its first win Wednesday when it hosts Bellefonte in a Mountain League game, while B-A will travel to West Branch Tuesday to open ICC play.