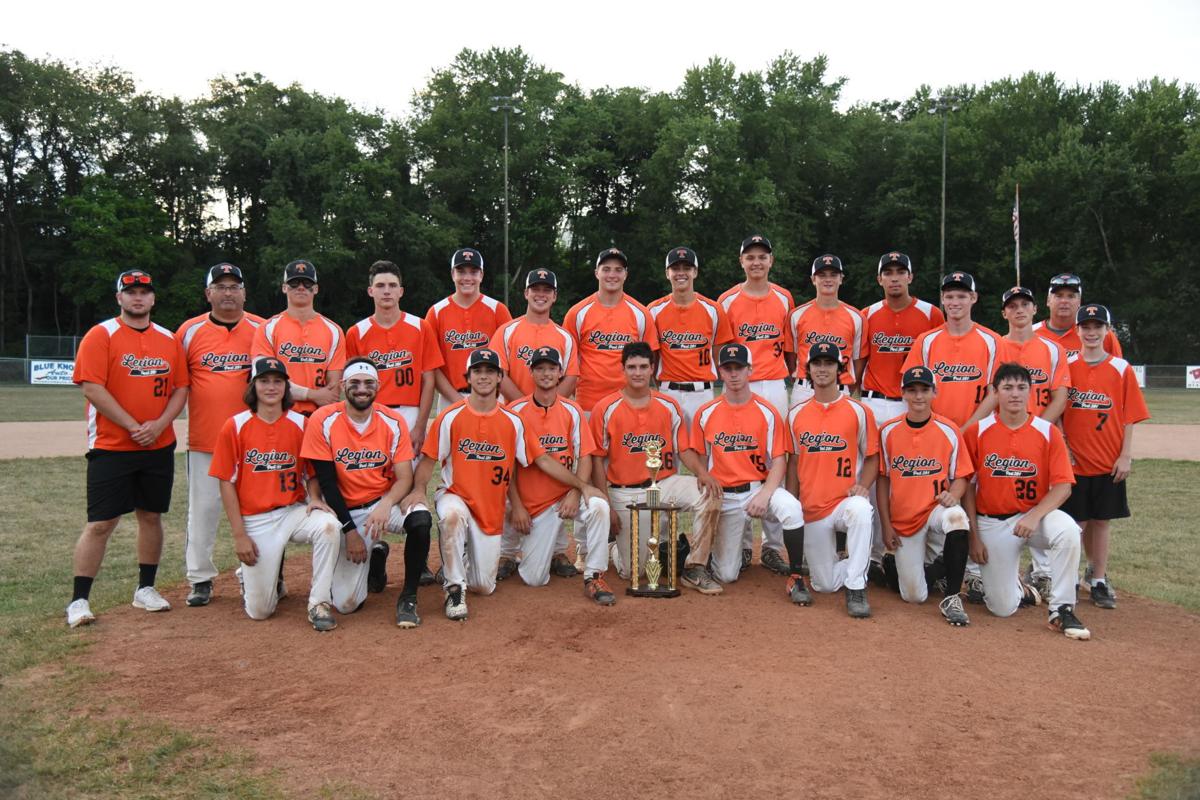 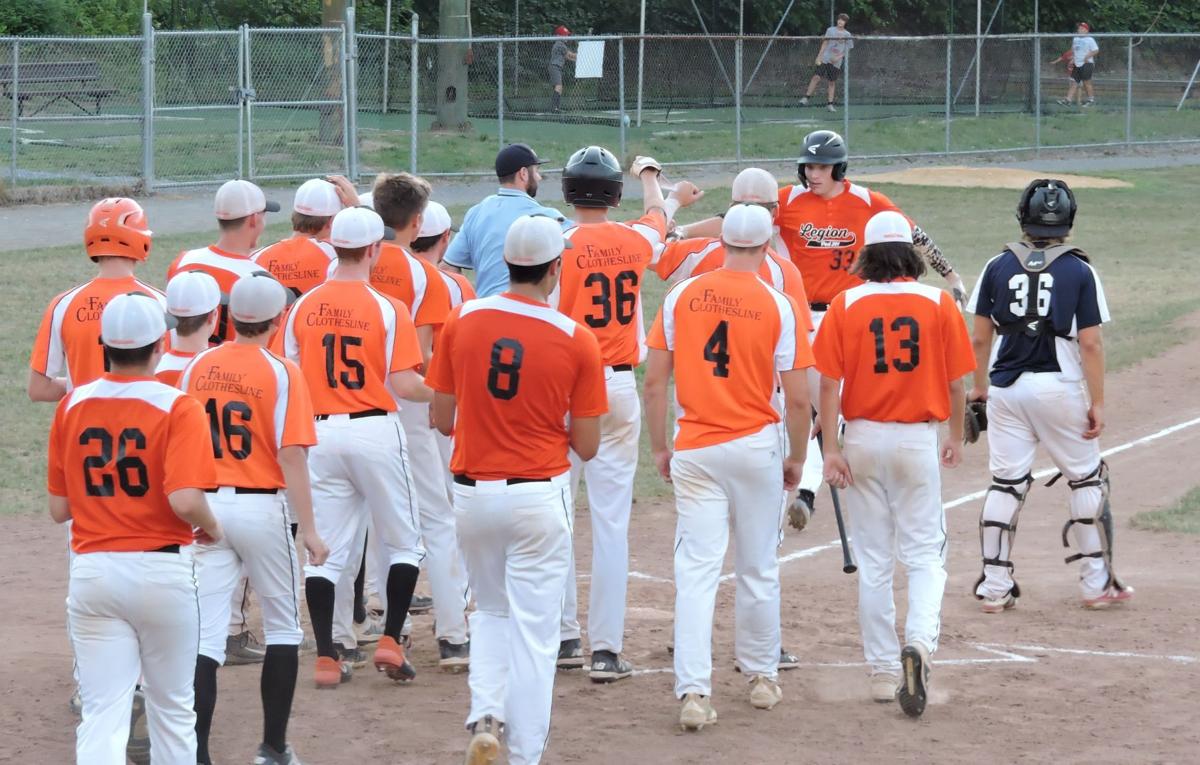 A dominating season came to an end with the same result as last year for Tyrone Legion.

Tyrone Legion completed a 7-0 playoff campaign as they repeated as Kelley Federation League champions with a 12-2 win in five innings over Park Home on Wednesday evening at Vet’s Field.

For the whole season, Tyrone Legion finished with a 21-4 record. Park Home finished at 13-14 after going 9-9 in the regular season. Park Home played in nine games in the last 10 days of the season.

“They had the confidence this year, but it was tough getting over the initial hump,” said Tyrone Legion manager Kevin Soellner.

“(Park Home’s) hitting had us a little worried. They don’t overswing. They just hit it and try to put it in play and not do too much with it.

“I knew that they didn’t quite have enough arms left after all the games they had played.”

Tyrone Legion starting pitcher Ross Gampe allowed a run in the top of the second, but the Tyrone offense picked him up with a 7-run bottom of the second to put a big downpayment on a win.

Tyrone had eight hits in the frame, all of them charged to Park Home starter Hunter Friedenberger. Ethan Clouser came on to get the final out.

Kevin Lehner started the frame with a triple before Rodney Shultz singled him in to tie the game. Michael Buck, Bryce Hunter, and David Lang all had RBI singles in the inning, while Brandon Lucas smashed a two-run double that chased Friedenberger and gave Tyrone a 7-1 lead.

Tyrone got four more runs in the bottom of the third, with the highlight coming off the bat of Brendan Grazier. Grazier sent a first-pitch fastball over the right field fence for a two-run homer.

“It was a down and in pitch, and I was just trying to put the ball in play,” said Grazier. “It went over the fence.

“We just kept putting the ball in play. Once we got adjusted to the pitching, we were putting it in play.”

Park Home extended the game for another half-inning with a run in the top of the fifth, but Tyrone got the game done early by getting that run back in the bottom of the fifth.

Michael Buck and Michael Stoner singled to start the inning. With runners at the corners, Jesse Yingling grounded the ball to short. The throw home was late for the game-winning run.

Once again, Tyrone did not commit an error in the game.

Gampe earned the win after going three innings and allowing an earned run on three hits. He walked one and struck out two. Shultz and Lang also worked an inning each.

“We did hit this season, but it’s always about pitching and defense,” said Soellner. “That’s always our biggest thing.”

Tyrone Legion will return a big portion of its roster next season.

The Tyrone Legion Federation League baseball team moved to within a game of defending their league championship with a 6-5 win in eight innings over Park Home in Game 2 of the best-of-5 championship series on Tuesday evening at Vet’s Field.

Andrew Pearson went 3-for-4 with a triple and two runs batted in to lead the Tyrone offense. Rodney Shultz and Brendan Grazier both had two hits and drove in two runs. Kevin Lehner and Bryce Hunter both had a double.

Aiden Coleman earned the win on the mound as he tossed four shutout innings in relief. He allowed three hits and walked one, while striking out four.