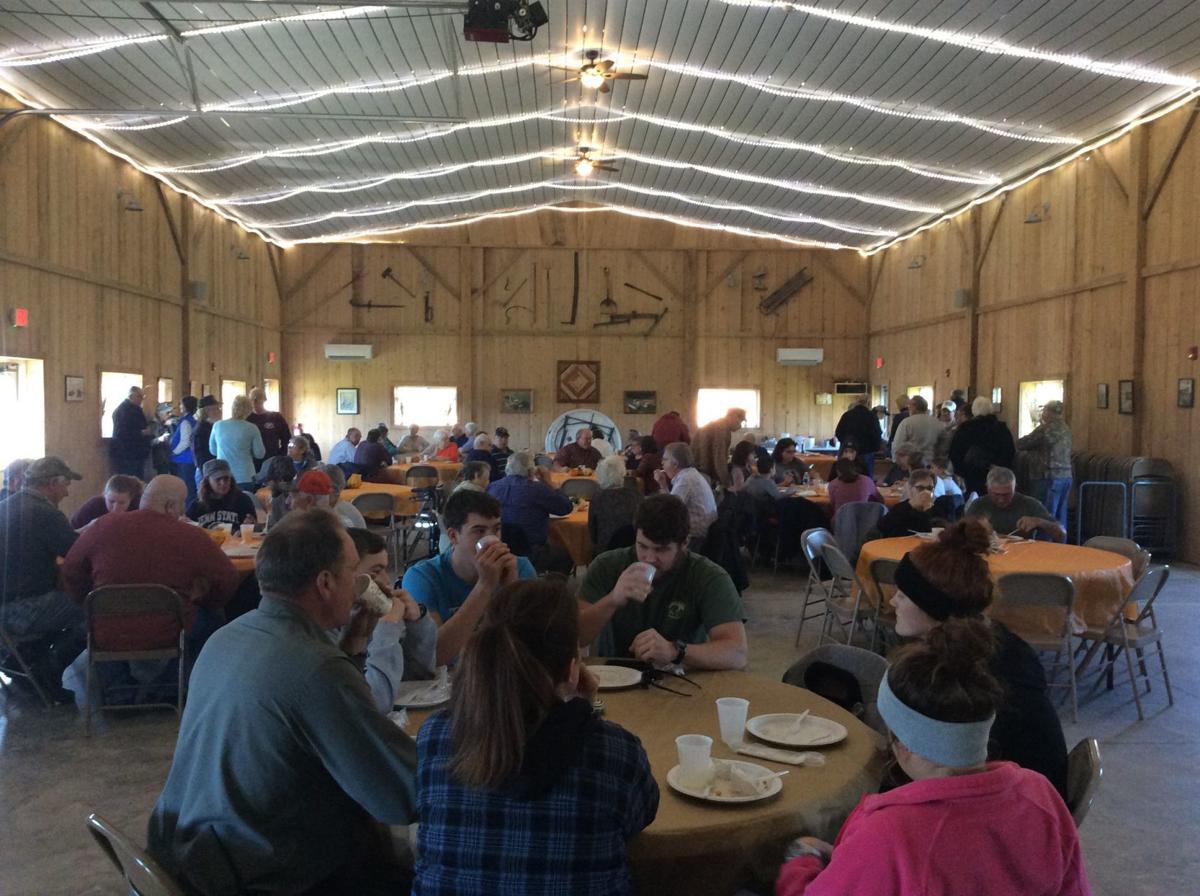 Close to 150 farmers and non farmers alike attended the 2019 End of Harvest Celebration breakfast throughout the morning at B&D Acres. Most farmers in the area are either done with this years harvest, or are close to being done. The last couple years many farmers were still harvesting in December. With the better weather this fall the harvest progressed much faster. 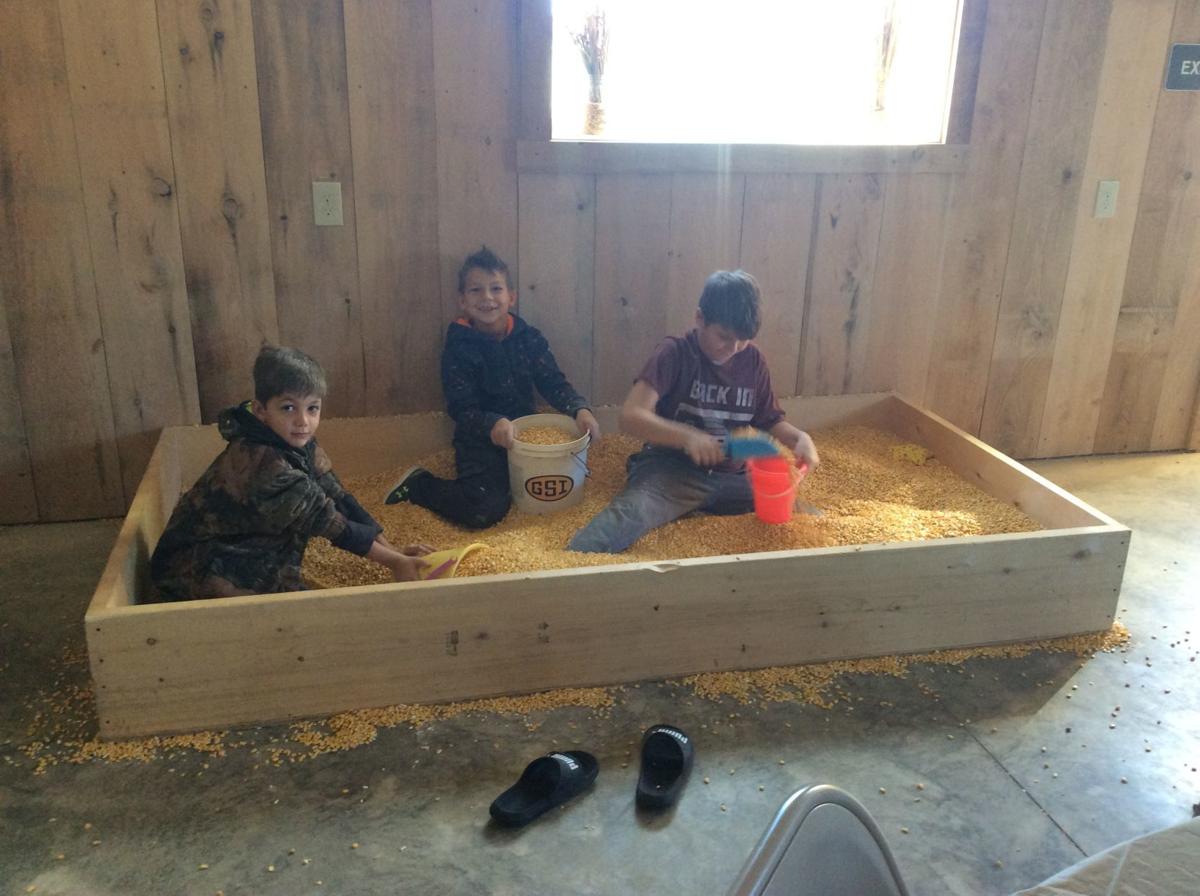 The young folks at the End of Harvest Celebration, from the left, Wyatt Brenneman of Huntingdon and James Irvin and Bruce Ewell of Spruce Creek Township enjoyed playing in the corn box. Adults at the event enjoyed the breakfast and visiting during the morning. 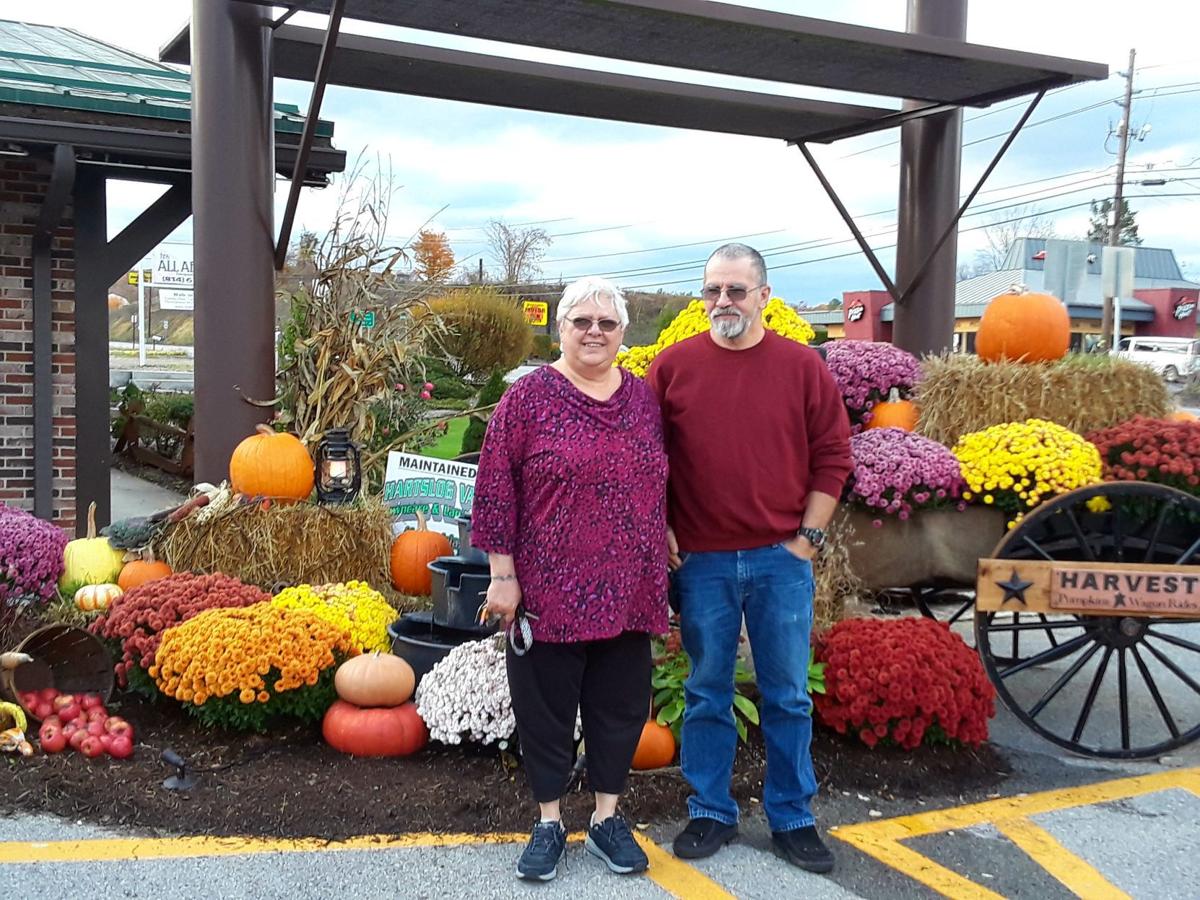 Karen and Ed Snyder celebrated 50 years of marriage Oct. 27. They enjoyed their special day with a small family gathering at Hoss’s Steak and Sea House in Huntingdon.

Close to 150 farmers and non farmers alike attended the 2019 End of Harvest Celebration breakfast throughout the morning at B&D Acres. Most farmers in the area are either done with this years harvest, or are close to being done. The last couple years many farmers were still harvesting in December. With the better weather this fall the harvest progressed much faster.

The young folks at the End of Harvest Celebration, from the left, Wyatt Brenneman of Huntingdon and James Irvin and Bruce Ewell of Spruce Creek Township enjoyed playing in the corn box. Adults at the event enjoyed the breakfast and visiting during the morning.

Karen and Ed Snyder celebrated 50 years of marriage Oct. 27. They enjoyed their special day with a small family gathering at Hoss’s Steak and Sea House in Huntingdon.

When soccer season came to a close about a month ago, I thought about all the things I’d be able to accomplish on Saturday mornings.

I guess that’s wishful thinking, because we’ve been just as busy for the last month. It seems there’s just always something that needs to be done. Sometimes I just don’t know where the time goes.

I guess that’s kind of how a farmer’s growing season goes — one minute it starts and before you know it, the harvest is here. Bill Hoover can teach us a few things about that.

Bout Done with the Corn By BILL HOOVER

A number of years ago there was a story in a popular farm magazine that poked fun at the way most farmers talk about getting their work done. I should have saved the story, but I didn’t. A good friend of mine, Galen Baney, and I have referenced that story many times over the years.

The non-farming people in the area listening to farmers talking probably hear something completely different than what another farmer is hearing.

When a farmer says that he is “pertnear done” harvesting most folks would think that maybe by the end of the day or tomorrow morning he will be done harvesting. That could not be farther from the truth. What that really means is he is maybe past the half way point in his harvest if that.

When a farmer says he has a good start on harvesting most folks would think he is well on the way to getting the crop in and is probably about half done. In reality what that means is the farmer had the combine out of the shed and has probably harvested the field edges. Most likely he has the combine back in the shed doing some repair work that should have been done last winter.

There is another phrase that farmers use a lot when they are talking about why the harvest is not done that starts like this “I would have been done by now but ----.“ After the word “but” there are any number of possibilities on how the sentence will be finished. The ending could be something like “my wife was runnin the tractor and didn’t check the oil and blew it up.” It could also be something like “that new corn seed the salesman sold me that was supposed to be so great is not getting dry.” Another favorite that is used more is “the custom guy that is going to harvest my corn is doing everyone else’s crop first before he comes here.”

One common theme you will notice in all the reasons for the harvest not being done, it’s never the farmer’s fault.

There are many phrases a farmer tells others how the harvest is coming along. Many of the ways include the word “done” just to make others think that they have been buzzing right through the harvest. These phrases include but are not limited to boutdone — pertneardone – woulda been done except – gonna be done soon — and if this dang weather would straighten up I would be done soon. When farmers are using these phrases they tend to look towards the floor like there is a little bit of shame in not having completed the harvest yet. When a farmer can use the words “done done” he will look you in the eye and say it with a smile on his face

While I am on the subject of how farmers talk I will touch on some other things farmers might say that could be misinterpreted by people that did not grow up around farmers.

Farmers do tend to talk in the extreme. When things are bad they try to outdo each other on how bad it is. As an example when it is dry and a farmer might say it has been a week since he got any rain, and that only amounted to a quarter of an inch. The other farmer will then say, Wow I wish I would have gotten that rain, it has been two weeks since it has rained on my farm. Many times when they are talking about the lack of rain they are both thinking of how much better their corn looks than their neighbor’s corn.

It is interesting also listening to farmers talk about the crop yields in the years that Mother Nature is kind to the farmers. Farmers are not very willing to tell their neighbors just how many bushels they grew. At least a farmer isn’t very willing to be the first one to tell their yield first. Because it doesn’t make any difference how many bushels a guy said his crop yielded, the next guy to tell his yields will most always be a few bushels better. If the first guy said he got 160 bushels of corn to the acre the next guy will say that was a good yield, but he got 165 bushels. Many times when a farmer is asked how his corn did he doesn’t want to say just exactly how many bushels he got. Often times even if he just finishing harvesting the best crop he ever grew in his life he will just say it was a “pretty good crop.”

Many farmers in Huntingdon County are either “pertneardone” or are “done done” with this year’s harvest. Many are pleased to get a much dryer harvest season than we have had for several years. Deb and I are real pleased that we are in the group of farmers that are “Done Done” with this year’s crop and that it was a “pretty good crop.”

Deb and I have hosted a pancake breakfast in the past for the neighborhood to get everyone together and just to enjoy the company. This year we called it the “2019 End of Harvest Celebration.” It was an enjoyable event this year with about 150 friends and neighbors attending.

The column has been full of chatter the past few weeks, so I’m just now catching up on a few items. Happy belated anniversary wishes go out to Karen and Ed Snyder who celebrated 50 years of marriage Oct. 27. They enjoyed their special day with a small family gathering at Hoss’s Steak and Sea House in Huntingdon. Happy anniversary to Karen and Ed!

Do you have something to chatter about? Email Becky at bweikert@huntingdondailynews.com, call her at 643-4040, ext. 159, or find her on Facebook.