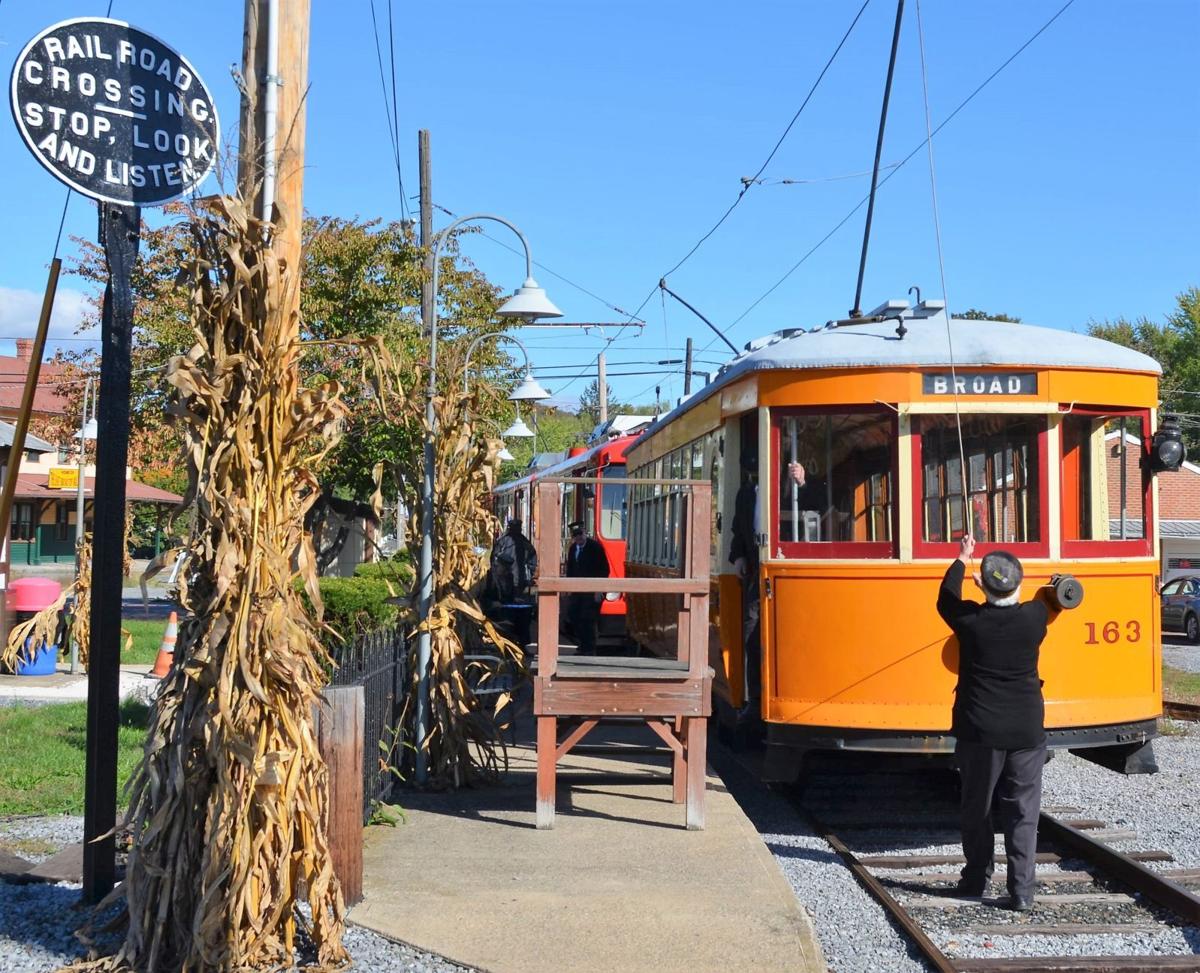 Located next door to the East Broad Top Railroad is the very popular Rockhill Trolley Museum. The museum operates on a section of the former Shade Gap EBT branch line. 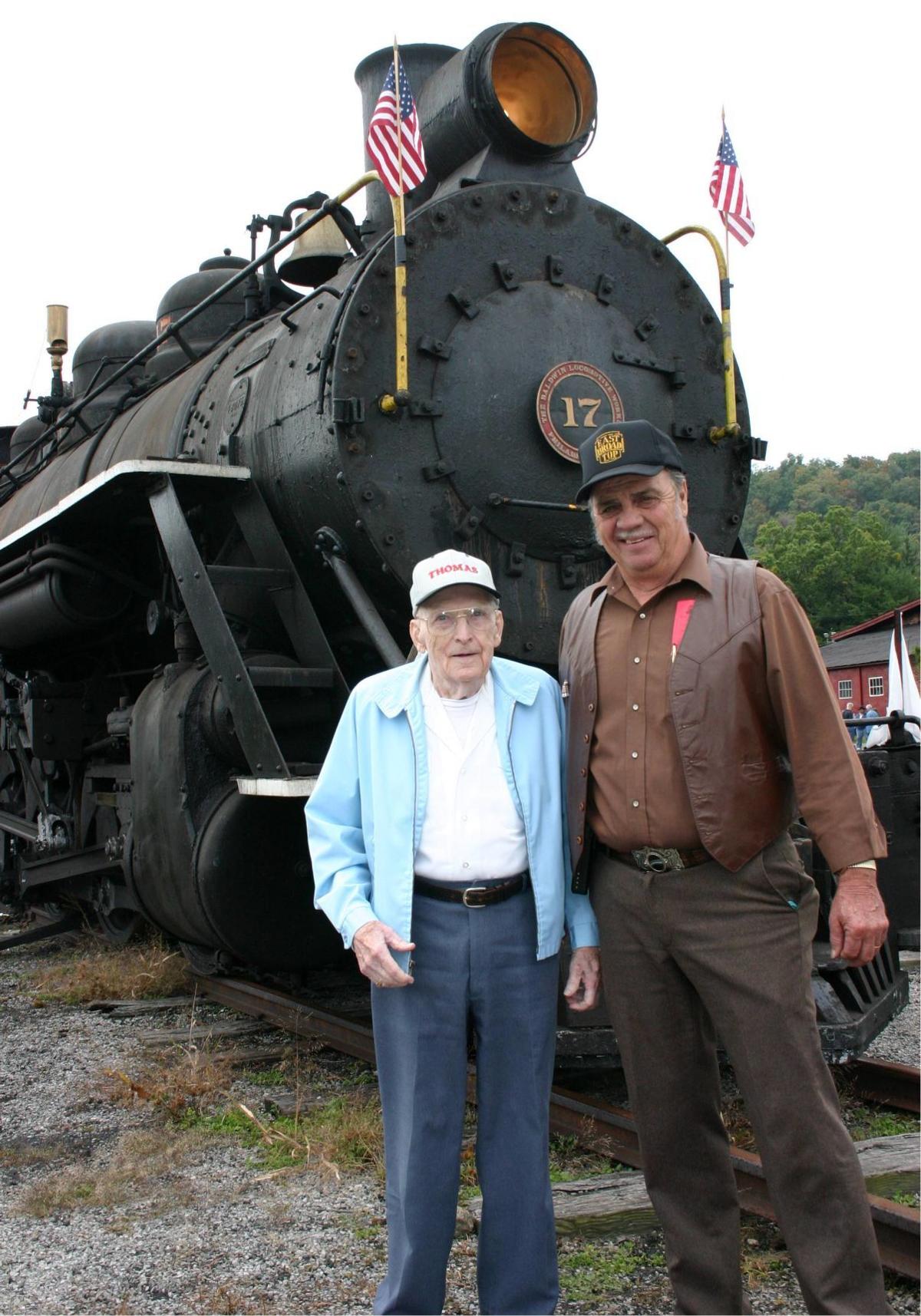 The late Alden Stenninger, a former employee of the East Broad Top Railroad, left, and the late EBT general manager Stanley Hall in front of an EBT steam locomotive. Look for Ole Easty’s return to steam service in 2021. 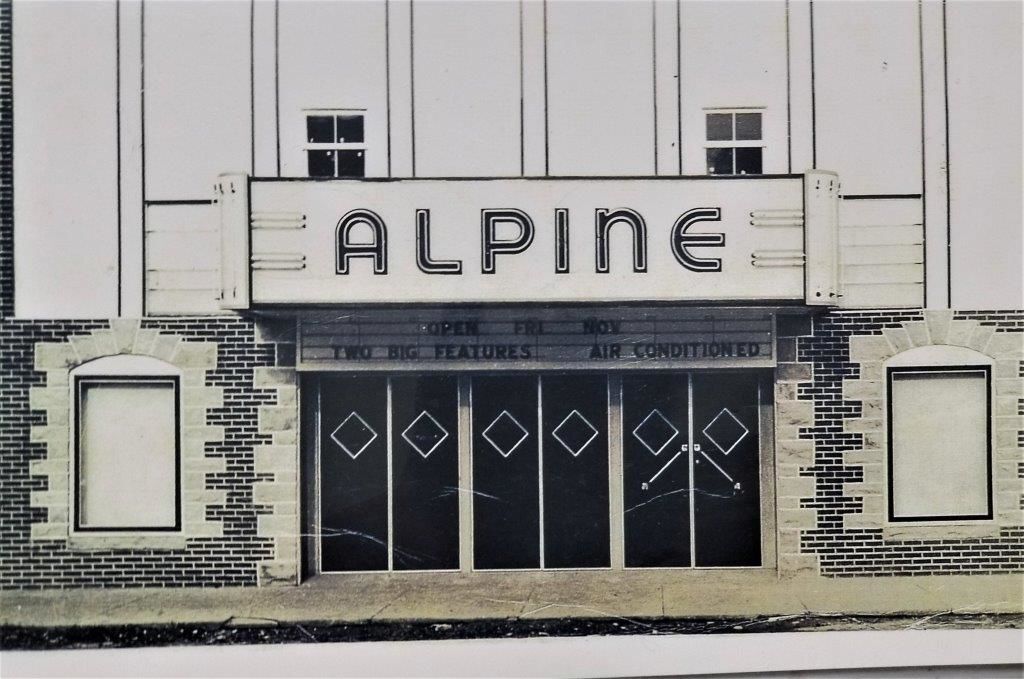 Shared from the Orbisonia-Rockhill Area Historical Society Collection, the front of the popular Alpine Theatre in Obisonia was described as “the modernistic front of the remodeled Alpine Theatre at Orbisonia,” in a 1946 edition of The Daily News. Read about the former cinema in today's Echoes from the Past.

Located next door to the East Broad Top Railroad is the very popular Rockhill Trolley Museum. The museum operates on a section of the former Shade Gap EBT branch line.

The late Alden Stenninger, a former employee of the East Broad Top Railroad, left, and the late EBT general manager Stanley Hall in front of an EBT steam locomotive. Look for Ole Easty’s return to steam service in 2021.

Shared from the Orbisonia-Rockhill Area Historical Society Collection, the front of the popular Alpine Theatre in Obisonia was described as “the modernistic front of the remodeled Alpine Theatre at Orbisonia,” in a 1946 edition of The Daily News. Read about the former cinema in today's Echoes from the Past.

History abounds in and around Huntingdon County. If you are an avid history enthusiast or simply curious about the past, plan on visiting the many and varied historical museums and attractions in the area. Chances are, you will come away with a better understanding of your community roots and a connection with local, county, state and national history.

Hats off to the Huntingdon County History & Roundtable for its efforts in promoting history throughout the area. This group of dedicated and talented individuals, headed up by roundtable chairman Lonnie Smith Jr., are doing its part in remembering the past and sharing it with those in search of history.

Since the organization’s beginning a few years ago the roundtable has committed itself to celebrating our rich heritage that includes the entire county. From southern Huntingdon County and the Broad Top to Mount Union and Huntingdon and other parts of the area, the exciting stories of the past come alive thanks to the involvement of the roundtable which is composed of representatives from numerous history and heritage organizations and attractions.

Through the efforts of the roundtable, coupled with the assistance of the Huntingdon County Historical Society and the many other heritage groups in the area, the story of the county comes to life. The roundtable activities also help shape our understanding of where we are coming from and, hopefully, where we are headed.

My involvement in the study and promotion of local and regional history involves a wide area of interests and communities. As a young child I was introduced to the subject through television, movies and reading materials that focus on the nation, state and eventually my homeland of the Broad Top.

My journalistic colleague and fellow historian, the late Jon Baughman and I had the honor of promoting the Broad Top area as part of Bedford County’s bicentennial celebration in 1971, followed by the American Revolution Bicentennial observance in 1976. Through the penmanship of numerous Broad Top area books, Jon and I helped rekindle the area’s history including the ongoing preservation of the East Broad Top Railroad.

Another local colleague, Adam Watson, followed in our heritage preservation footsteps and has joined the ranks of the Broad Top Area Coal Miners Historical Society in telling the story of the mountain and the many communities comprising it.

It is our hope that by working closely with school districts and other organizations like the roundtable, young people might commit themselves to the study of history, particularly in their individual communities.

One of the most impressive preservation endeavors this writer was involved in during the late 1980s and 1990s was the America’s Industrial Heritage Project (AIHP) which linked numerous southwestern Pennsylvania counties in telling the story of the southern Alleghenies including the tri-county area of Huntingdon, Bedford and Fulton.

As a result of the AIHP and related efforts Huntingdon County developed a master plan for future heritage preservation activities including successful missions in the county seat, Mount Union, the Broad Top and many other communities.

Thanks to the leadership of county historian Nancy Shedd, the county planning commission, historical organizations, county commissioners and so many other groups and individuals, the county’s valuable antiquity has been preserved for younger generations to study and appreciate.

Heritage promotion has also been helpful in boosting the local economy through heritage tourism, a term introduced by the AIHP, Pennsylvania Historical and Museum Commission and a host of other local, state and national travel promotion and historic preservation agencies and groups.

Huntingdon County has an interesting history lesson to share with its population, young and old. I recommend that the readers check out the historical attractions throughout the county including a wagon load of museums and heritage related attractions.

No matter your interest in the past, Huntingdon County has plenty to offer. Why not bring the whole family along during your search for history. Regardless of your curiosity, our area has what you are looking for.

While on the topic of history here are some interesting notes about Admiral William S. Sims provided by the folks at the Orbisonia-Rockhill Area Historical Society. The admiral was the only resident of Huntingdon County to: appear on the cover of Time Magazine, attain four-star rank in the military (admiral), be featured on a United States postage stamp, to be awarded the Pulitzer Prize (“Victory at Sea”), to have a ship named after him (four different U.S. Naval vessels) and to receive honorary degrees from 12 different colleges and universities.

In one of my past columns I noted that I was searching for photos of the Alpine Theatre for use in an upcoming column. I am still looking but was fortunate to locate a Nov. 7, 1946 copy of The Daily News which front page cited the Orbisonia cinema as “Southern Pennsylvania’s Most Beautiful Theatre.”

A photo of the front of the theatre appears with today’s column similar to the one appearing in the 1946 newspaper. The DN reporter described the scene in the cutline as “the modernistic front of the remodeled Alpine Theatre at Orbisonia.”

The newspaper story recalled the remodeling of the cinema which reopened to the public Friday evening, Nov. 8, 1946. The two-column story kicker started this way, “As the result of extensive remodeling nothing has been omitted in the way of providing the public with the best in theatre comfort and beauty. The completely renovated Alpine Theatre and equipment represent an investment valued at nearly $50,000.”

The seating capacity of the updated cinema was 450, apparently an increase from its former occupancy. The manager of the theatre was Clyde Freeman and the movie palace was operated by the Alpine Theatre Circuit with general offices located in Kingwood, West Virginia.

Until then, “discover” Huntingdon County!