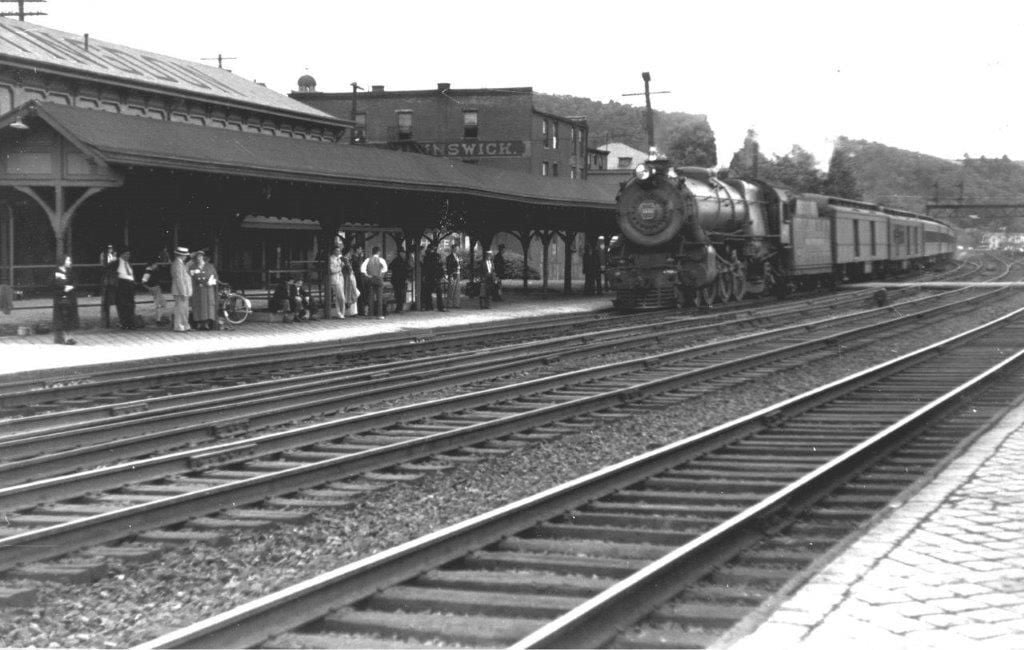 A westbound Pennsylvania Railroad steam consist pulls into Huntingdon in an undated photo. The Echoes from the Past columnist is searching for PRR photos, taken in Huntingdon County, for use in the column. Contact Ron Morgan at (814) 907-1788. 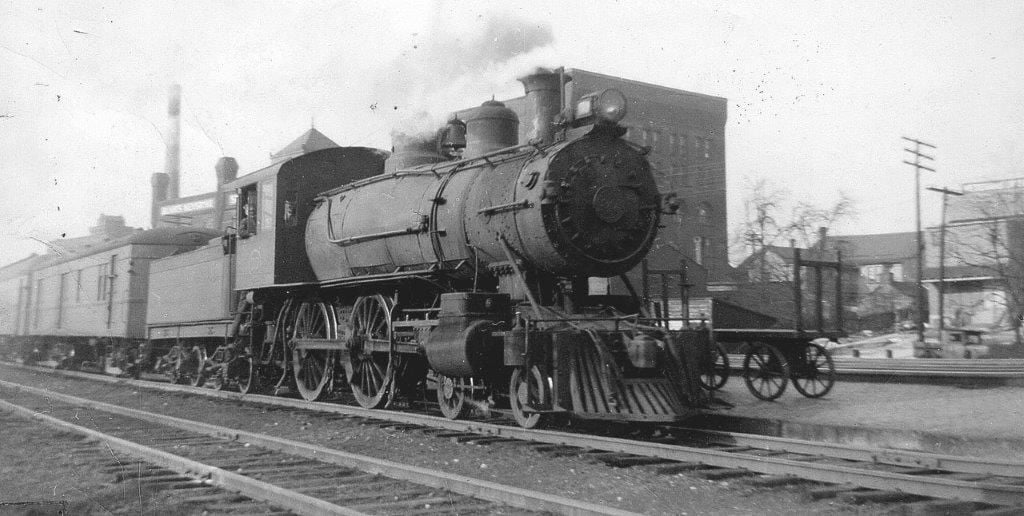 A westbound Pennsylvania Railroad steam consist pulls into Huntingdon in an undated photo. The Echoes from the Past columnist is searching for PRR photos, taken in Huntingdon County, for use in the column. Contact Ron Morgan at (814) 907-1788.

The picture of the old Pennsylvania Railroad watch tower that once stood along the main line tracks in downtown Huntingdon continues to attract the readers’ attention.

Several weeks ago, I ran a photo of the watch tower in this space followed by another which generated fond memories of the PRR for many of the readers. One of them was Mary Terrizzi Briggs of Centre Hall who shared an obituary of her grandfather John Joseph Dougherty, an employee of the PRR and a resident of the county seat.

“We were quite tickled to see the recent photos of the watch tower at the Fourth Street Crossing,” wrote Mary. “I often think about it when I go that way and had wondered if I was remembering it the way it actually was.”

The letter writer informed me that her Grandfather Doughtery’s last job with the railroad was working as a watchman in the tower. “I am curious as to what year the tower was taken down.” Hopefully, some of the readers can be of help. Contact me at 814-907-1788.

Mary was delighted to learn that all—or parts of—the tower are located in the Altoona Railroaders Museum. “I am glad that it has been preserved,” she wrote.

The columnist contacted one of the Railroaders Museum officials and learned that the tower is not on display at this time. Details at 11!

J.J. Dougherty, who passed away on May 21, 1957, from failing health, was born on Aug. 6, 1881, in Hamilton, Ontario, Canada, and was a member of the Most Holy Trinity Catholic Church in Huntingdon.

An ardent baseball fan and community activist in Huntingdon, Dougherty worked in several positions with the PRR from 1902 until his retirement in 1938, having moved to the county seat in 1902.

His last assignment with the railroad was the position of tower man in the Fourth Street Crossing train tower.

On Oct. 17,1903, he married the late Mary Letitia Warfel at Cumberland, Md. No doubt, the couple traveled to Cumberland aboard the Huntingdon and Broad Top Mountain Railroad, which shared connections with Cumberland via several railroads including the PRR and H&BT.

Patsy Altobelli of Saxton called me Friday morning to announce that the Robertsdale High School Alumni Association would be holding their annual banquet Saturday, Sept. 4, in conjunction with the crowd-drawing Broad Top Homecoming Celebration.

Because of COVID-19, it was necessary to cancel last year’s banquet, but the alumni members are anxious to hold their 70th dinner over the Labor Day weekend in the RW&BT Fire Hall at Robertsdale. The Swiss steak and turkey dinner will be ready for the alumni at 4 p.m. and a social hour will take place, starting at 3 p.m. in the fire hall, Patsy explained.

School alumni will be receiving notices in the mail this week about the event along with details for signing up for the meal and program.

At the foot of Broad Top Mountain, the rival Saxton-Liberty High School Alumni Association normally conducts their reunion over the Labor Day weekend, and when I get details, I will share them with the readers.

The Broad Top Area Coal Miners Historical Society’s relocation from the former Robertsdale United Methodist Church to the Reality Theatre will go into high gear when the Coal Miners Museum closes for the 2021 season the end of October. We are working overtime now to prepare for the relocation but want to assure museum patrons we will be open the remainder of the summer.

I am anxious to begin work on the displays which will take on a fresh look in the Reality Theatre. I am pleased to report the former cinema will serve as a more visible location with parking for busses, something that we lacked at the old church (the Reality Church of God will be relocating from the theatre into the UMC structure).

Some changes are on tap at the theatre which we hope visitors will appreciate. Since the museum project began in 1990, I have spent long hours putting together the exhibits and each time changes were made, the job became tougher. Putting the big puzzle back together will also be demanding this time around.

The question I am getting from folks who have visited the museum at the old church is “how are you going to get all that stuff into the theatre?” To accomplish that goal, the first task will be removing the movie theatre seats. So, if you are interested in theatre seats, we have many of them to dispose of (as many as you want) and they are free. All you need to do is disconnect them from the floor. Please contact me at (814) 907-1788 for details.

Using room partitions and dividers we will be erecting the exhibits from the church on the ground floor of the theatre (and on the second-floor balcony). The mission will be accomplished by eliminating duplication of items and displays (example: we have many mining tools and miners’ equipment that can be consolidated, resulting in more space).

I will have updates in the future and if you are interested in volunteering your time, please call me. Also, a major fundraiser will be announced soon to help finance necessary improvements to the former movie theatre. (And yes, we will be saving some of the seats, large movie screen and stage for special events and movies).

Just think of the museum relocation as “coming attractions!”

Notes along the way

While on the topic of summer and fall events, a reminder that the time-honored 73rd Wells Tannery’s Homecoming and 11th annual Car and Truck Show will be held Saturday, July 31, in the rural, Futon County community … I stopped by John’s Welding on Fairgrounds Road, Smithfield, last week to pick up some old publications associated with the National Temperance Society and other Sunday School periodicals, many dating back to the late 1800s. The box of aged publications was donated to the museum by Clair Johns of Smithfield, father of Rick Johns, owner of John’s Welding Shop Inc. I hope to have some of the items on display at the Coal Miners Museum in 2022 … Shirley Crawshaw of Todd, sent me some interesting notes about her memories of Robertsdale High School along with recollections of the late Bruce Lane, both graduates of RHS. I will share those notes in an upcoming column as well as footnotes from Judy Hoover of Saxton about housing construction in the early 1900s at the village of Slickville, near Greensburg, Pa… Thanks to the readers for their submissions and interest in this column … Bob Mellott of Rockhill recently emailed me data appearing in old newspaper clippings related to the late Raymond Ott, a funeral director in Orbisonia. He also included some data about my great-great-grandfather, Thomas Roddy (1836-1920). Details later!