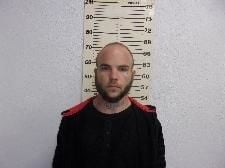 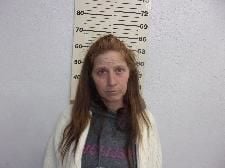 A state police assistant deputy fire marshal filed charges this week against a man and woman for allegedly setting fire to a home in Shirley Township last week.

Tina Marie Sebolt, 48, and Brandon Ray Crawford, 29, both of 11520 Juniata Ave., Allenport, are charged with arson, insurance fraud, risking catastrophe and 60 counts of recklessly endangering another person, all relative to the fire at their home address March 18.

Sebolt, the homeowner, is also charged with arson to collect insurance and endangering the welfare of children.

Both Sebolt and Crawford were arraigned March 23 by Magisterial District Judge Lisa Covert. Bail for the defendants was set at $250,000 cash each. They are both scheduled for their preliminary hearings March 31.

Fire responders were called to the home just before 9 p.m. March 18 to find the two-story structure aflame, with fire shooting out of the first-floor windows. Crews remained on the scene for about seven hours.

Mount Union fire chief Chris Shinners spoke to The Daily News at the scene, reporting there were concerns about possible damage to neighboring properties and that he was thankful for the volunteer turnout.

Trooper Daniel Cherry with state police at Lewistown, who also serves as an assistant deputy fire marshal, said the Mount Union chief requested his presence at the scene and shared information suggesting the fire may be been intentional.

Trooper Cherry, in his report, stated Shinners accounted for seven fire companies at the scene. Cherry also states records show 60 volunteers worked the fire and that a Mount Union firefighter fell several rungs while working from a ladder truck; the firefighter was evaluated by EMS and refused treatment.

“In rural counties, everyone depends on volunteer firefighters and they are put at risk every time they respond; since this is an alleged arson, the trooper felt it was important to charge those 60 counts of reckless endangerment.” Huntingdon County District Attorney David Smith said. “We appreciate that the Mount Union fire chief recognized there were potential issues with this fire and we’re thankful for the quick response from state police.”

According to the criminal complaint, Trooper Cherry interviewed Sebolt the night of the fire and March 23. In the first interview, according to the complaint, Sebolt told the trooper she was cooking chicken when the grease caught fire. Cherry also learned from Sebolt that she had an insurance policy worth $323,000 for the building and $242,250 for personal property.

During the March 23 interview, Sebolt told Cherry the grease fire went out on its own; she resumed cooking and the fire flared again. Sebolt told the trooper Crawford began to slide the pan around the stovetop, throwing cooking oil into the walls, cabinets and floors.

Cherry interviewed Crawford March 23 at which point Crawford said he wasn’t present for the initial fire but said he witnessed Sebolt put water and sewing material on the subsequent grease fire to encourage it to spread. Crawford said he then spread cooking oil on top of the stove, then lit a torch and burned a kitchen cabinet.

According to the complaint, Crawford said Sebolt offered him $10,000 to help set the fire.

Arson and arson to collect insurance are both felony 2 crimes. Insurance fraud, risking catastrophe and endangering the welfare of children are felony 3 offenses. Recklessly endangering another person is a misdemeanor 2 offense.