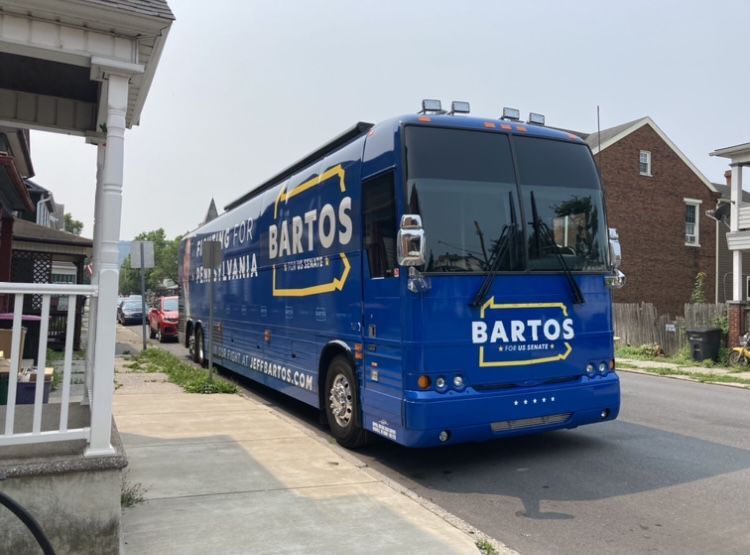 Jeff Bartos, a Republican running for U.S. Senate, made a stop in his bus at Standing Stone Coffee Co. Tuesday afternoon as part of a 67-county tour across the state. 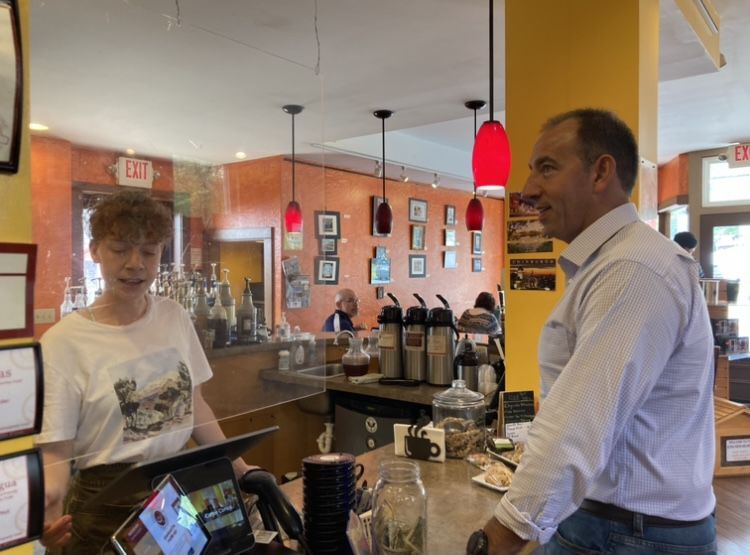 Jeff Bartos, a Republican running for U.S. Senate, made a stop in his bus at Standing Stone Coffee Co. Tuesday afternoon as part of a 67-county tour across the state.

On the second day of a 12-day tour of each of the state's 67 counties, a candidate for U.S. Senate made a stop in Huntingdon County Tuesday.

Republican Jeff Bartos was greeted by some county Republicans as he stopped at Standing Stone Coffee Co. He's running for a vacant U.S. Senate seat for Pennsylvania in 2022 as Sen. Pat Toomey will not seek re-election.

Part of his campaign is “Saving Mainstreet” Pennsylvania, and Bartos has taken steps toward that goal by launching the Pennsylvania 30 Day Fund.

The nonprofit was designed to help small businesses recover from the COVID-19 pandemic and has already given $3.6 million to businesses in need.

Bartos and others who started this fund reached out to businesses in Blair County first to assess their needs and get the ball rolling for this project. Bartos thought that it was only fitting to visit Blair County on the first and final day of his state-wide tour.

Funds for these grants are made available through donations.

He thought that the success of this program showcased the charitability of Pennsylvanians and their willingness to help their neighbors.

"When someone made a contribution, it was like they were saying, 'I want my friends and neighbors to stay open,’” Bartos shared.

He continued on to say that, if he wins the Senate race, this effort to visit every county would be made yearly.

“What we’re doing now is emblematic of how I see the Senate race,” Bartos explained. “I want to visit every county every year.”

Bartos shared that, along with saving Main Street Pennsylvania’s small businesses, his campaign goals include “beating China for world leadership and restoring the American Dream for our children and grandchildren.”

The Berks County native and lifelong resident of the commonwealth added that, “the issues that unite us as Pennsylvanians are far more than those that divide us.”

He feels the Trump presidency showed that Pennsylvania is more than two large cities with farmland in between, and that part of his responsibility, if he wins the Senate seat, is to “make sure that the forgotten communities are not forgotten any more.”

When he is not campaigning, Bartos owns a contracting company and works as a real estate developer. His political experience includes earning the Republican nomination for lieutenant governor in 2018, when he received 46.8% of the vote in a four-way primary.

Olivia can be reached at dnews@huntingdondailynews.com.