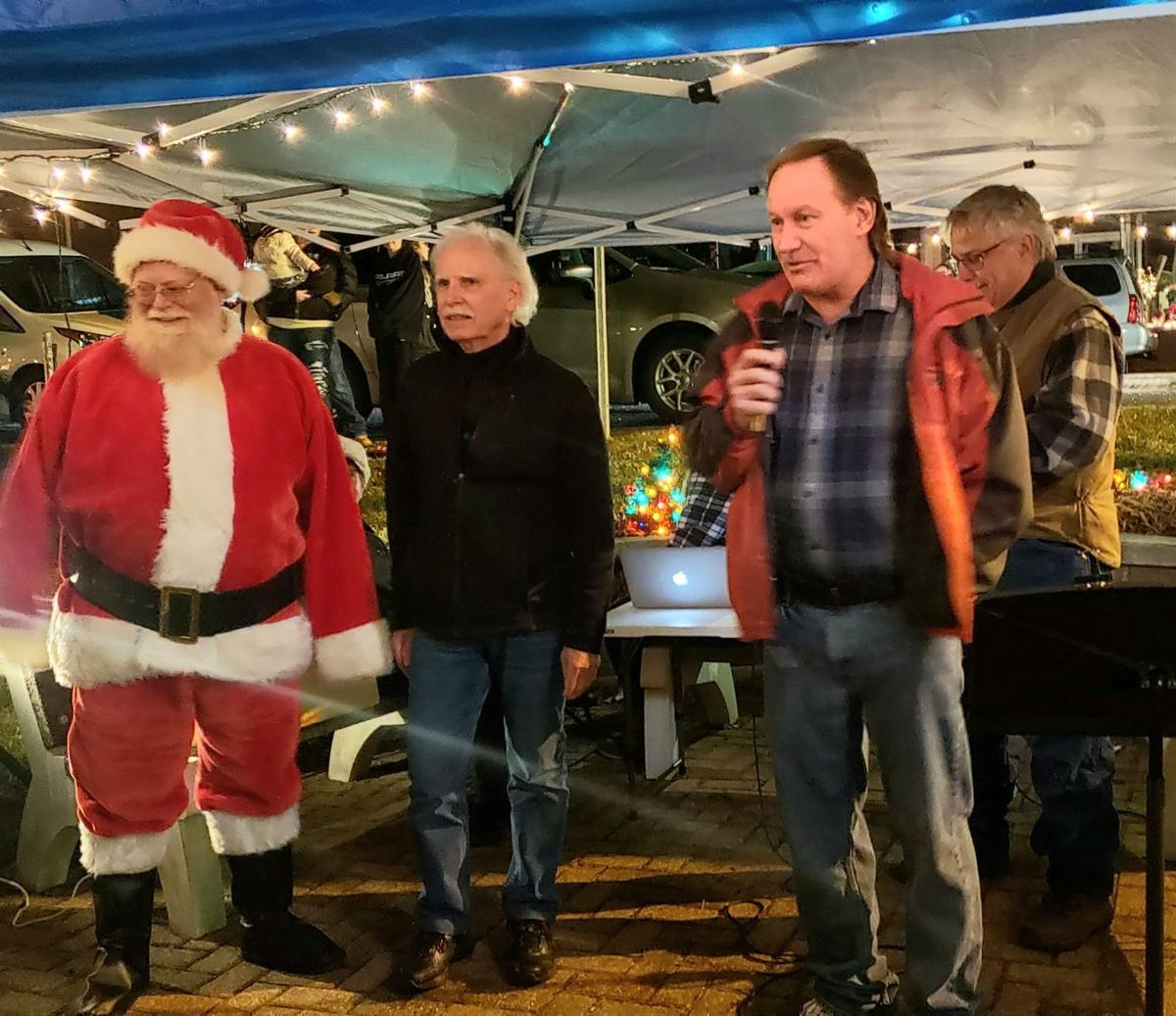 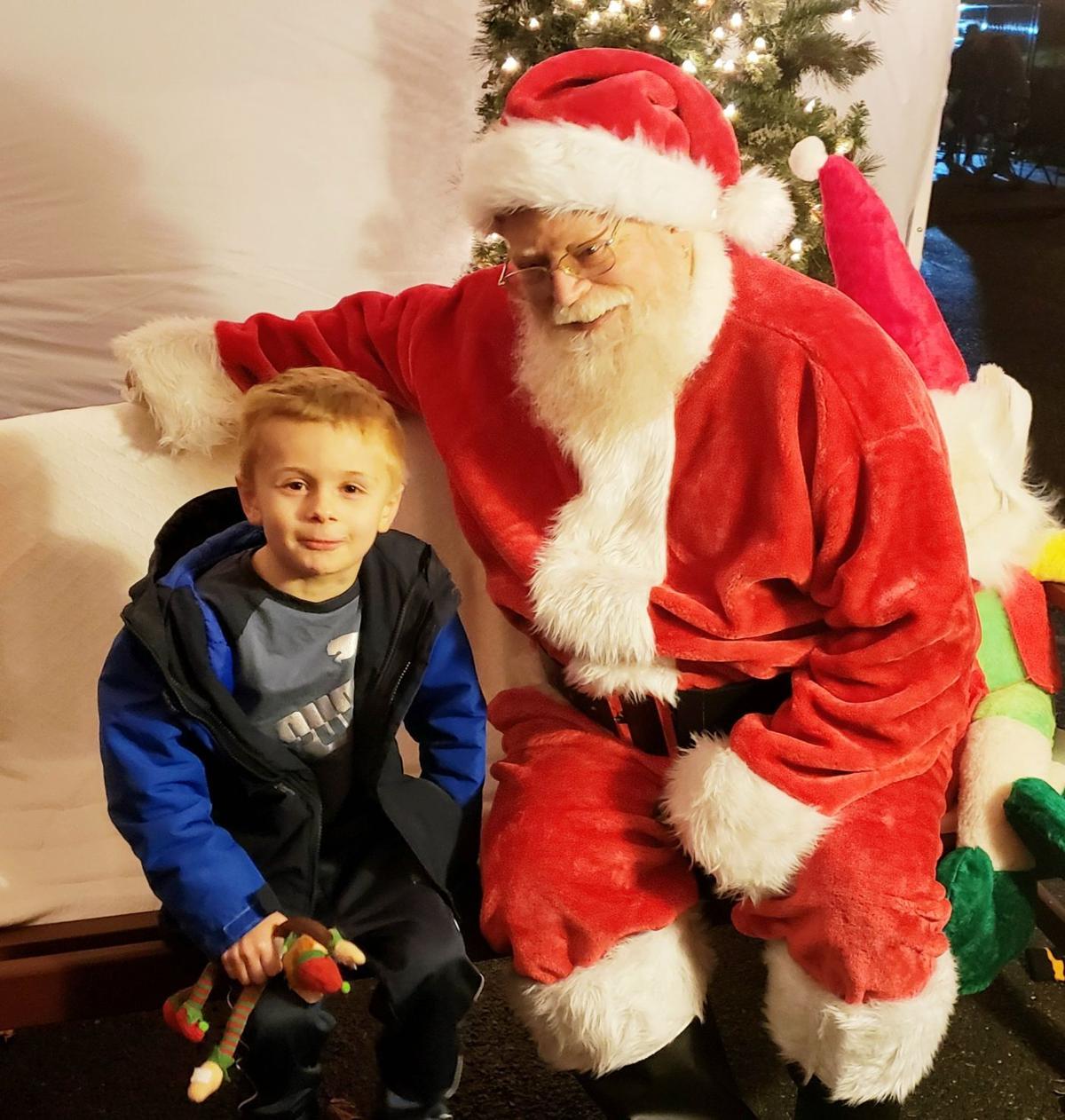 Eli Mathes was one of numerous children that told Santa Claus what they wanted for Christmas during the CHIP committee's Christmas in the Parkway celebration held Thursday evening at Saxton. Mathes is the son of Lacey and Justin Mathes of Round Knob.

Eli Mathes was one of numerous children that told Santa Claus what they wanted for Christmas during the CHIP committee's Christmas in the Parkway celebration held Thursday evening at Saxton. Mathes is the son of Lacey and Justin Mathes of Round Knob.

An estimated 1,100 people turned out for the CHIP committee’s Christmas in the Parkway event held Thursday night at Saxton.

One of the highlights of the two-hour program and believed to be the crowd attraction was two live reindeer from the Spring Run Farm Reindeer of Bloomsburg. The reindeer and their handlers Beth and Hailey Reed were sponsored by the Matt Baker Cancer Fund which graciously paid to have them brought to the CHIP festivities.

Also on hand for the festivities was Santa and Mrs. Claus who were also greeted by Saxton Borough Mayor Alan Smith, Liberty Township Supervisor chair Brian Weaver and Saxton Borough Council president Lester Meck. Santa Claus was graciously paraded along Main Street from the Saxton Market to Stoudnour’s car wash and back to the parkway via the Saxton Volunteer Fire Company’s 100-foot ladder truck.

On behalf of his fellow supervisors John Black and Dick McClure, Weaver thanked members of the CHIP committee for its community efforts not only during the holiday season, but throughout the year. Weaver said the committee has made many improvements to the community parkway and its efforts have not gone unnoticed by the community and others.

Like Weaver, Smith lauded the CHIP committee for being such a welcoming community presence. He said the committee has come such a long way in its growth since first forming seven years ago.

Smith acknowledged the replacement of a larger Christmas tree earlier this year that had stood in the community for 25 years. The planting of a new tree, he said, can be compared with the new life the CHIP committee has brought to the Saxton community with its many functions and projects.

Smith gave the countdown and the new community Christmas tree was lit by Santa Claus. Winners of the CHIP committee’s coloring contest including Michael Russell, Aurora Cromwell, Payton Coons, Heaven Donelson and Alliance Lynch were announced by Meck and Hall.

CHIP committee chairman Adam Watson said he could not be more pleased with how well the parkway event turned out.

He said Lower Main Street where many of the events were held was crowded from one side of the street to the other. Performing during the event was Joyce Kelly of Saxton who sang several holiday themed songs and singers from the Saxton First Church of God and the Raystown Brethren Church.

Adam can be reached at dnews@huntingdondailynews.com.