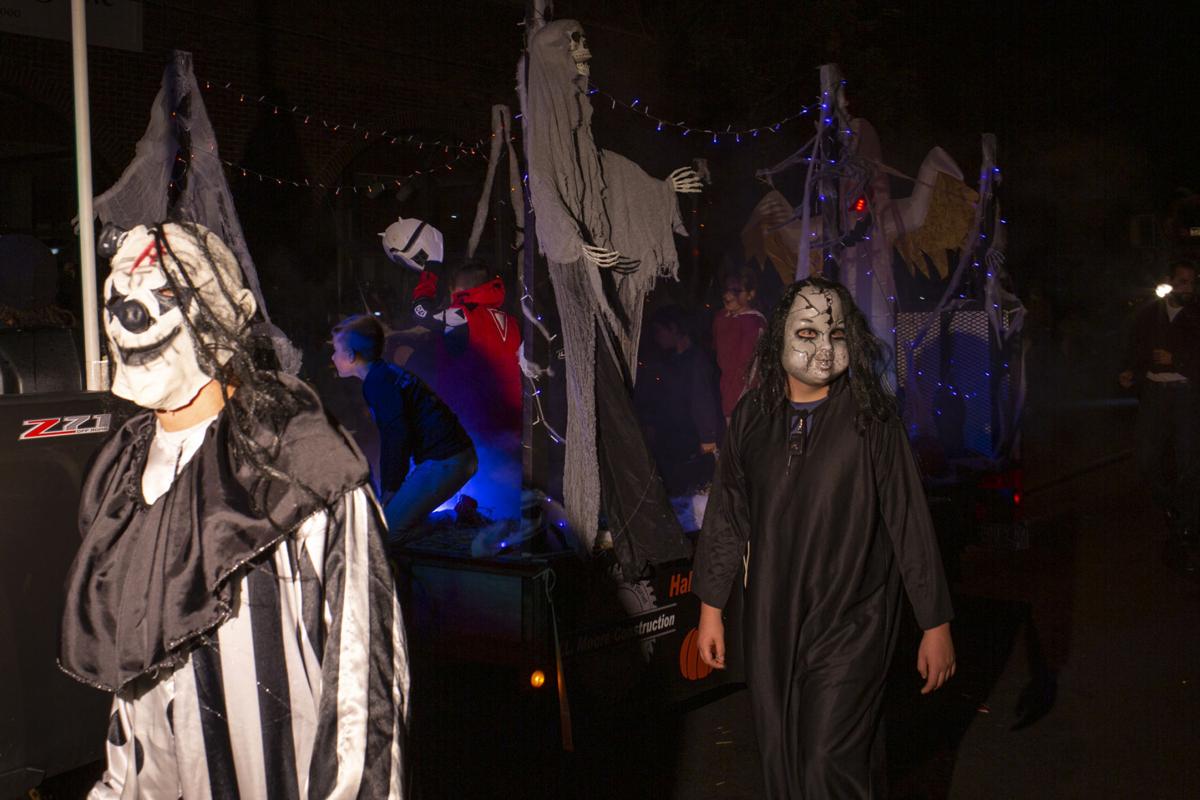 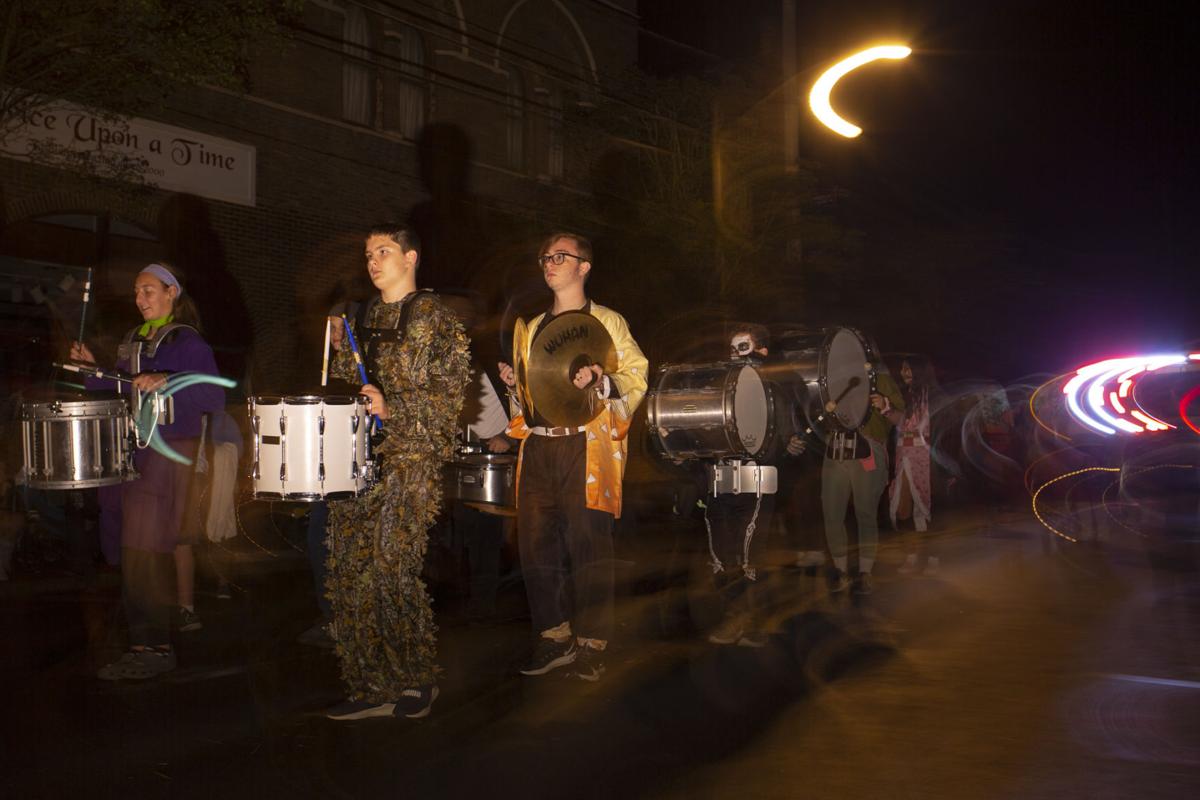 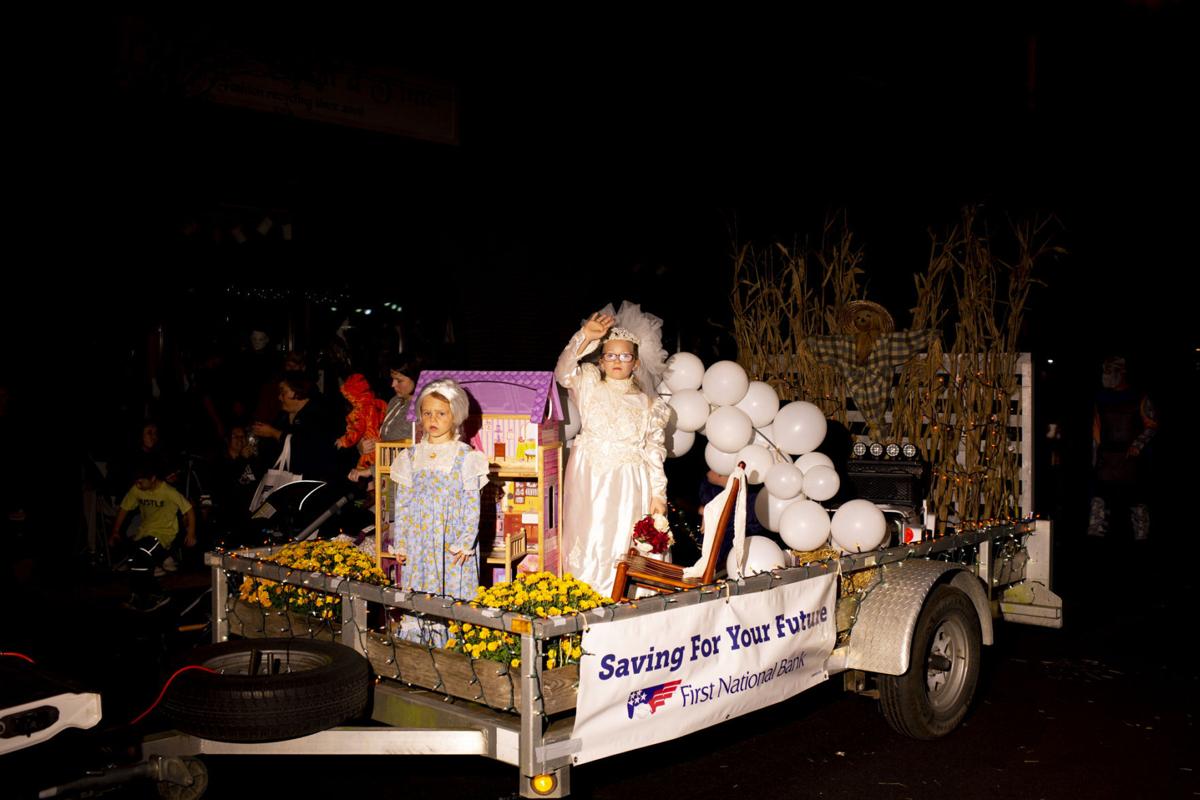 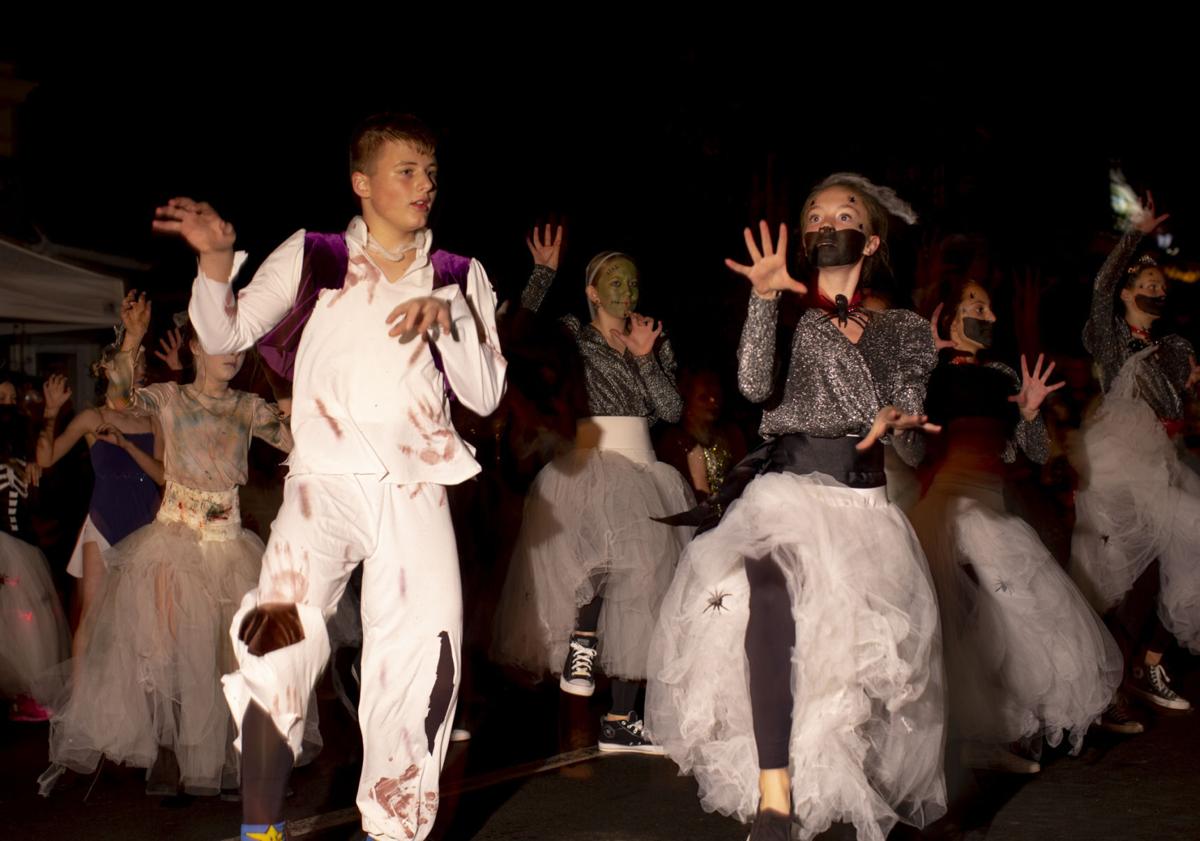 Members of the Huntingdon Dance Academy took second place in the floats category for their performance of a Halloween themed dance medley titled “Monster Mash at the Zombie Ballet” during the Huntingdon Halloween Parade Monday night. 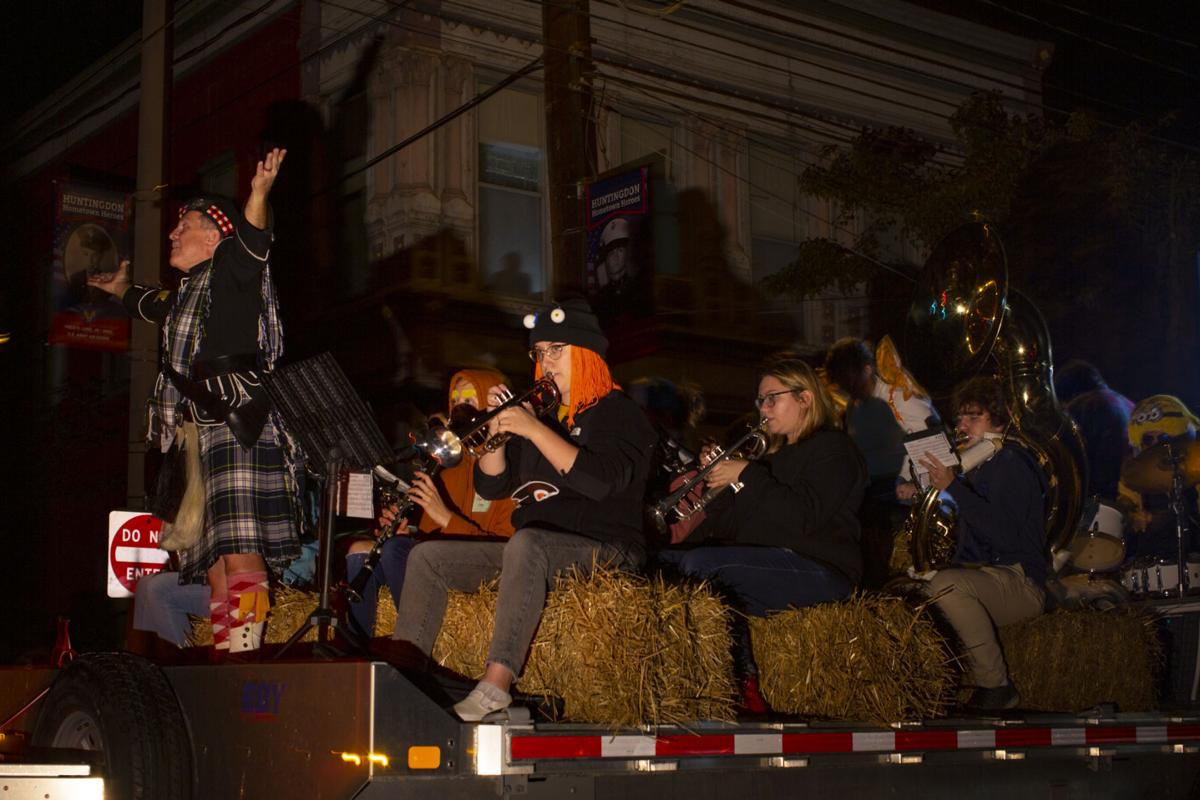 Members of the Juniata Pep Band performed on a float during the Huntingdon Halloween Parade Monday night.

Members of the Huntingdon Dance Academy took second place in the floats category for their performance of a Halloween themed dance medley titled “Monster Mash at the Zombie Ballet” during the Huntingdon Halloween Parade Monday night.

Members of the Juniata Pep Band performed on a float during the Huntingdon Halloween Parade Monday night.

Huntingdon was swarmed by ghosts, goblins and other creatures of the night Monday evening for the Huntingdon Area Halloween Parade.

More than 30 floats processed the length of Washington Street from 15th Street to William Smith Street with a brief stop at the judge’s table outside of the newly commemorated Bryan Park. Crowds lined every block of the parade route, though they started to thin out quickly when a light rain began around the parade’s halfway point.

The floats were adorned with the usual macabre and humorous sights including masked killers, superheroes, witches and ghouls of all sorts. Rebelz Mobile Cuisine and Hot Sausage Shack food trucks were both on site feeding hungry parade goers as well.

Huntingdon Borough Council member Dee Dee Brown said that the Elks Lodge was chosen for the honor due to their extended sponsorship of the flag that adorns Flagpole Hill.

“When we decided we wanted to honor the flag and our heroes we thought they should be the ones to do it,” said Brown.

Brown and parade chairman Jesse Morgan said they were both awestruck by the presentation of the flag.

“It was breathtaking, touching and just awesome,” said Brown.

Morgan says that he was extremely pleased by the turnout for this year’s parade.

“I am really excited about the turnout,” said Morgan, “It’s great to see so many people come out, and do floats.”

This was the first Halloween parade celebrated in Huntingdon since 2019. The parade was canceled last year due to the COVID-19 pandemic. Morgan says that a lot of people were happy to see the parade return this year.

“I think a lot of people missed it,” said Morgan.

He says that he was incredibly grateful to the many sponsors, organizers and participants that helped to make the event possible, and thanked the community for turning out and showing their support.

This years winning floats and mummers are:

Haldan can be reached at hkirsch@huntingdondailynews.com.