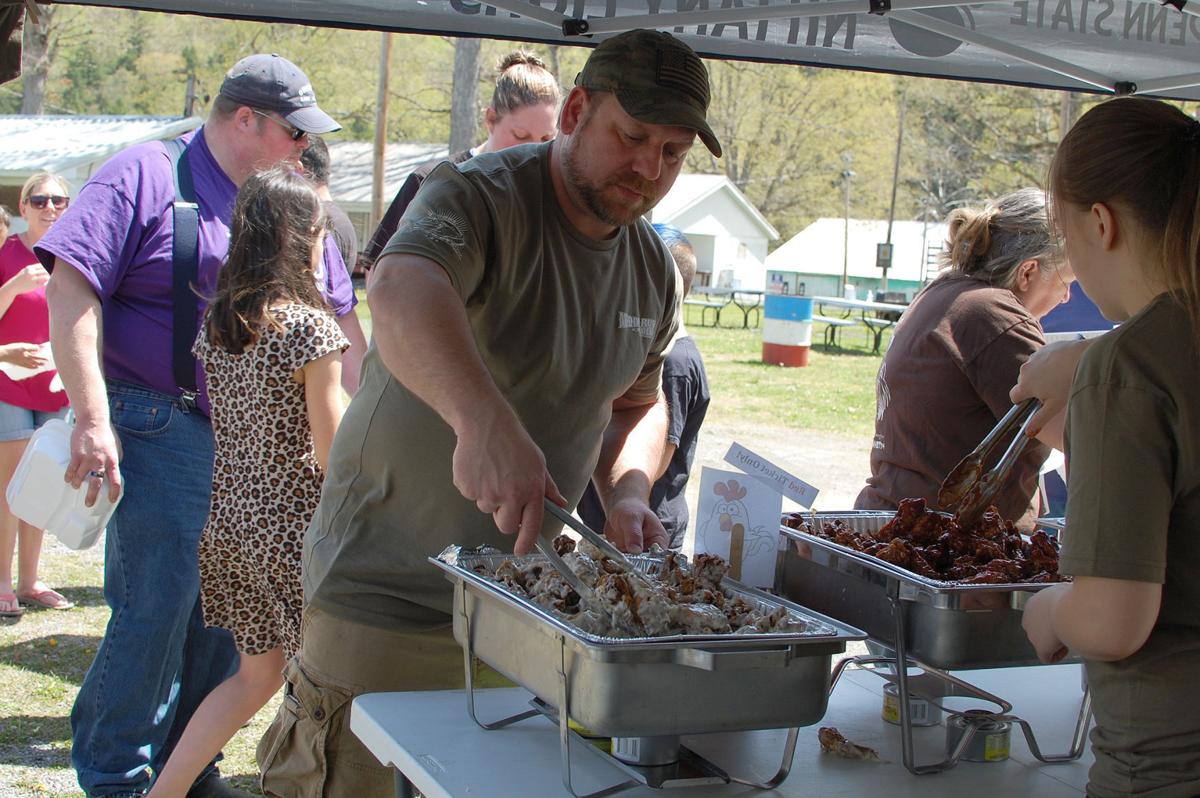 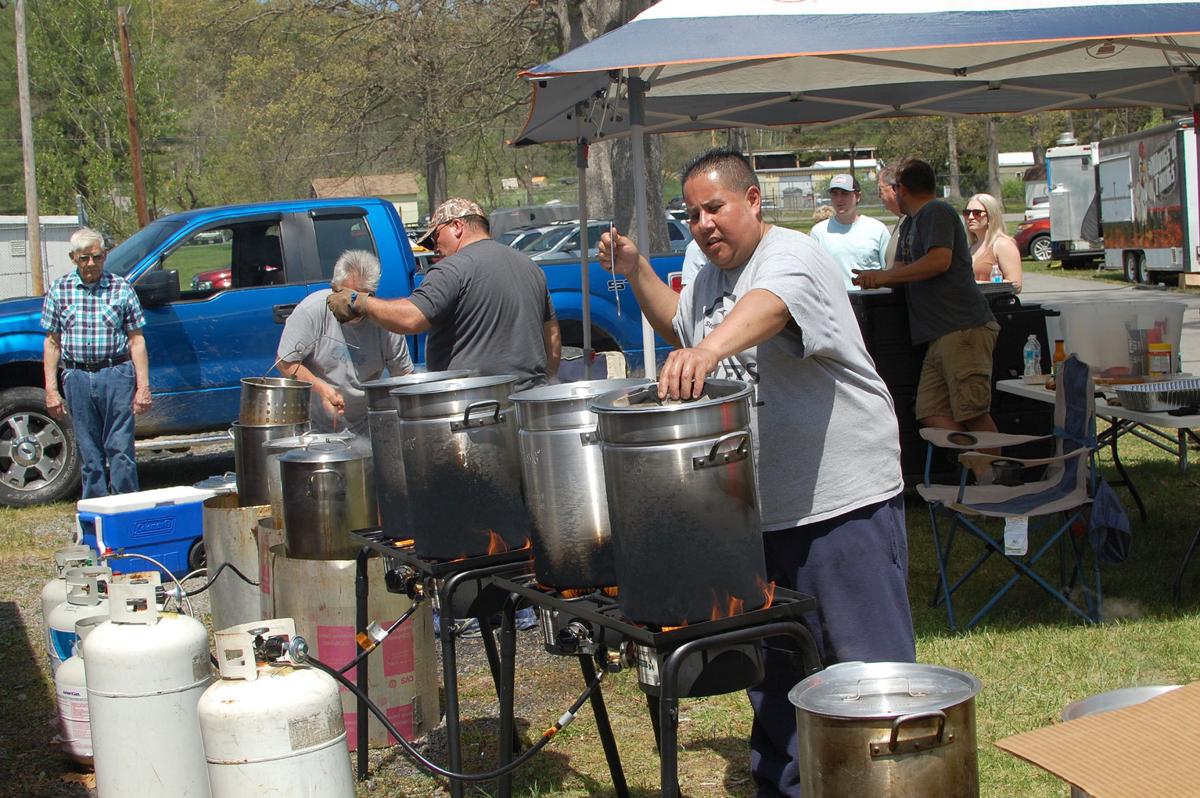 Cesar Reynolds checks on a batch of wings in the fryer at the 18th Huntingdon County PRIDE Wing-Off Sunday at the Huntingdon County Fairgrounds. Reynolds and his brother Mike kept six of the nine fryers going throughout the event.

Cesar Reynolds checks on a batch of wings in the fryer at the 18th Huntingdon County PRIDE Wing-Off Sunday at the Huntingdon County Fairgrounds. Reynolds and his brother Mike kept six of the nine fryers going throughout the event.

After a year with very few events, Huntingdon County residents came together to enjoy beautiful weather and good food and fellowship while raising much-needed funds to help their community Sunday.

“God gave us a beautiful day for the Wing-Off,” said PRIDE board member Debbie Higgins. “In the words of our PRIDE angel, Ruthie Reinhart, it was just ‘wonderful, wonderful.’”

Higgins expressed her thanks to the many people came together for the organization’s first event of 2021.

“So many folks made this event possible,” she said. “The PRIDE board members and other volunteers were busy Saturday setting up at the fairgrounds, which proved to be a fantastic site to hold the event, and Sunday even more volunteers joined to make the fun event a success.

“We’re especially thankful for our event sponsor, Brenneman’s Meat Market, who has been a faithful supporter of the event since it started,” said Higgins.

In addition to Brenneman’s, Higgins also extended thanks to the Sheetz Corp. and its Fourth Street, Huntingdon, store, as well as the Huntingdon County Agricultural Association, better known as the fair board, and the fairgrounds manager Dan Hawn, and Boy Scout Troop No. 28, the Gainers gymnastics team, Tim Schrack, Stricklers Ice, Rick Singleton Rentals and Shane Peachey of Peachey Productions, who kept the festive music rolling throughout the afternoon.

“We also had some very dedicated wing fryers,” said Higgins. “John and Chris Skipper, Dr. Jim Hayden, board member Josh Coffman and, last but not least, Cesare Reynolds and his brother Mike, started preparing wings for the vendors at 9 a.m. The Reynolds brothers kept six of the nine fryers going the entire time.”

None of it would have been possible without the vendors, including All American Pizza and Subs, the County Line Inn, the Huntingdon County Club, Huntingdon Moore 223/220, Memories, Mount Union VFW, Muddy Run Tavern, Rebelz, Village Tavern and Wing-N-Things.

“Obviously without the vendors, we would not have a Wing-Off and we are most grateful for their contribution,” said Higgins. “They work hard at ‘being the best’ and using their secret recipes to compete against each other.”

Judges helped select the top wings in each category, hot, barbecue and specialty.

“We have an esteemed group of judges who are kept in seclusion as they diligently taste each wing and come up with a score,” said Higgins.

“The vendors were given the opportunity to learn who the People’s Choice winners were, however they declined as they said they are looking forward to receiving the news on live TV during our 2021 Telethon to be held Wednesday, Sept. 29, through Saturday, Oct. 2.

“We were also pleased and encouraged by our younger volunteers, the Gainers and the Boy Scouts, as both groups expressed they can’t wait to return next year and provided great ideas to make the event bigger and better,” said Higgins.