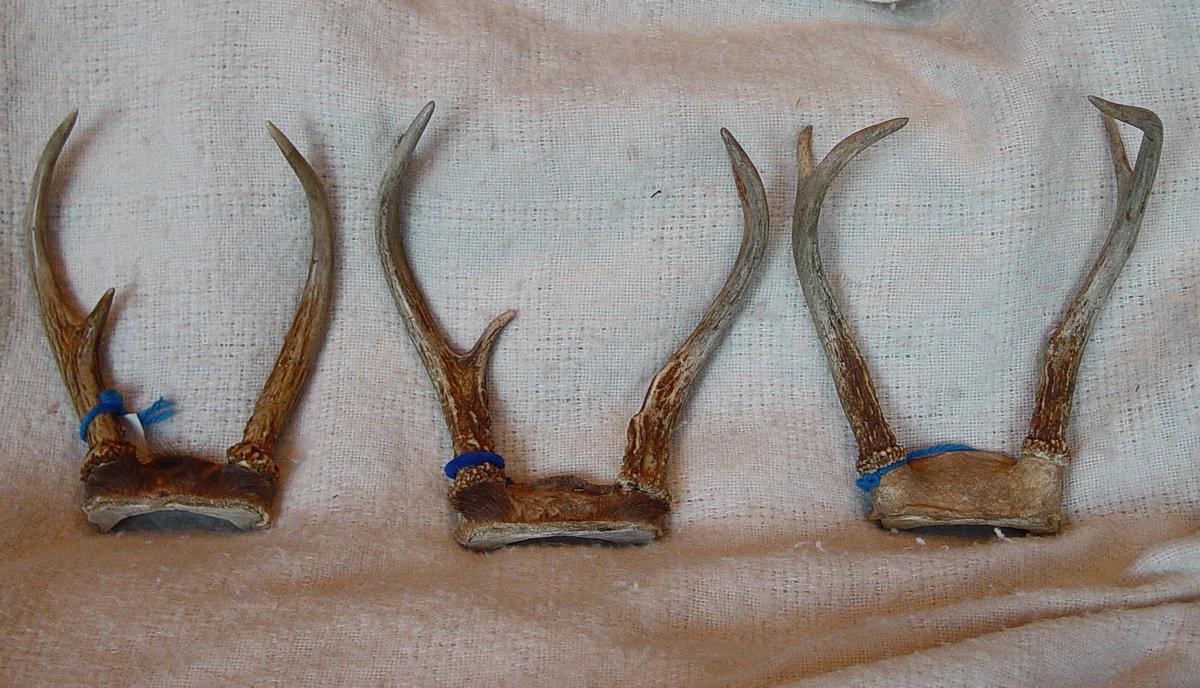 These three sets of antlers are all from young bucks. Their size and mass are about the same, but their point numbers are all different -- 3, 4 and 5. This is a result of heredity. 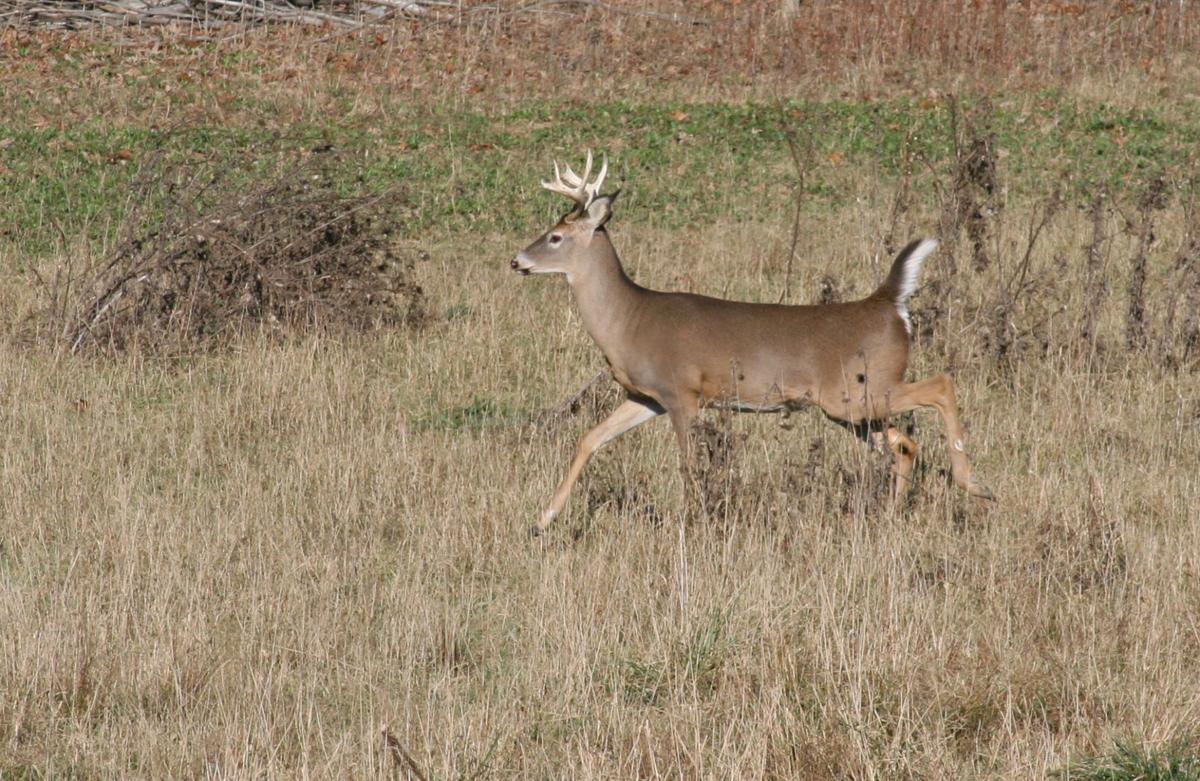 This buck has a nice even set of antlers.

These three sets of antlers are all from young bucks. Their size and mass are about the same, but their point numbers are all different -- 3, 4 and 5. This is a result of heredity.

This buck has a nice even set of antlers.

People talk about hunting deer, but in truth, most deer hunters are buck hunters. Venison may be tasty and healthy food, but the major attraction for hunters is often the polished bone that adorns a buck’s head. Deer loose and re-grow a new set of antlers each year.

Male white-tailed deer grow antlers, not horns. Goats, sheep, cows and buffalo have horns. Antlers come in many shapes and sizes, but what causes this variety is often misunderstood.

The size and shape of a deer’s antlers are determined by four factors — age nutrition, heredity and health. The largest racks are produced when all four factors are favorable.

Bucks begin growing their first set of antlers in the spring — a little before their first birthday. The velvet-covered bone on top of a male fawn’s head heads usually grows slowly the first year. Most of the buck’s food energy and minerals are utilized during this period to nourish the other bones in his body and increase his body’s mass. This is why most yearling bucks living in the wild grow small antlers — with spikes and 4-points very common.

A buck in his second year of life can devote more energy to producing antlers — even more so in the buck’s third and fourth years. Generally speaking, the older the buck, the more massive the antlers. Antler restrictions protect some of the younger bucks, so on the average, antler size is now bigger in Pennsylvania. After five or six years of age, a buck’s antler size may begin to decline, with abnormal points often showing up.

On a deer farm, however, bucks can be fed large amounts of highly-nutritious food and grow a large set of antlers even as a one-and-a-half year-old. This does not happen in the wild.

Deer antlers are high in calcium and phosphorus, so large amounts of these elements, along with protein and a generally calorie-rich diet, produce larger antlers. Calcium is a major ingredient in the lime that farmers spread on their fields and phosphorus is one of the three main ingredients in fertilizer, so it is no wonder that farm-country deer often have larger antlers than “mountain deer.” Some of Huntingdon County is a naturally limestone-rich area, so more calcium is available in the soil as well as in the food that deer naturally eat.

With almost any buck of any age, the more highly-nutritious food the deer receives, the bigger its antlers will grow.

The overall shape of a deer’s antlers is primarily controlled by heredity — the genes that the buck inherits from his mother and father. More has been learned about this factor in the past 30 years than ever before. This is largely due to the proliferation of farms that breed and raise deer for high-fence shooting operations. Those same deer farmers have also learned that the mother doe’s genetics is just as important as the father buck’s.

The shape of a set of antlers refers to the spread, rack height, presence of brow tines, length of tines and the presence of anything unusual — such as drop tines.

The spread is somewhat determined by the placement and angle of pedicels — the bony platforms from which the antlers grow. As a deer ages, growth in the skull plates move the pedicels farther apart — increasing the spread.

It sometimes helps to think of a deer’s genetics as its potential. A buck might have the genes to grow a perfectly-balanced 12-point trophy set of antlers, but it will need good food and at least three or four years of age to ever reach that in the wild.

On the other hand, poor antler genetics coupled with adequate age and food might result in a large-bodied buck having a massive four or six-point rack. I once watched a huge buck who was wearing a thick-beamed, wide spread, perfectly balanced 6-point set of antlers. Before I put my binoculars on him I was expecting to count 10 or 12 points.

It is unlikely that you would be a good football or tennis player if you were sick or injured. The same is true with a buck’s antlers. With other factors being equal, healthy deer will grow the largest antlers. It is also correct that a deer injured on one side of its body will often grow a deformed antler on the opposite side. A buck with an injured left leg will, the following year, grow a deformed antler on its right side.

The four factors of age, nutrition, heredity and health can work together to produce the trophy of a lifetime or produce a set of 2-inch spikes. Larger sets of anthers are much more common than they used to be because antler restrictions allow more buck to live longer. Maybe this will be your season to harvest that trophy buck.

Mark Nale can be reached at MarkAngler@aol.com