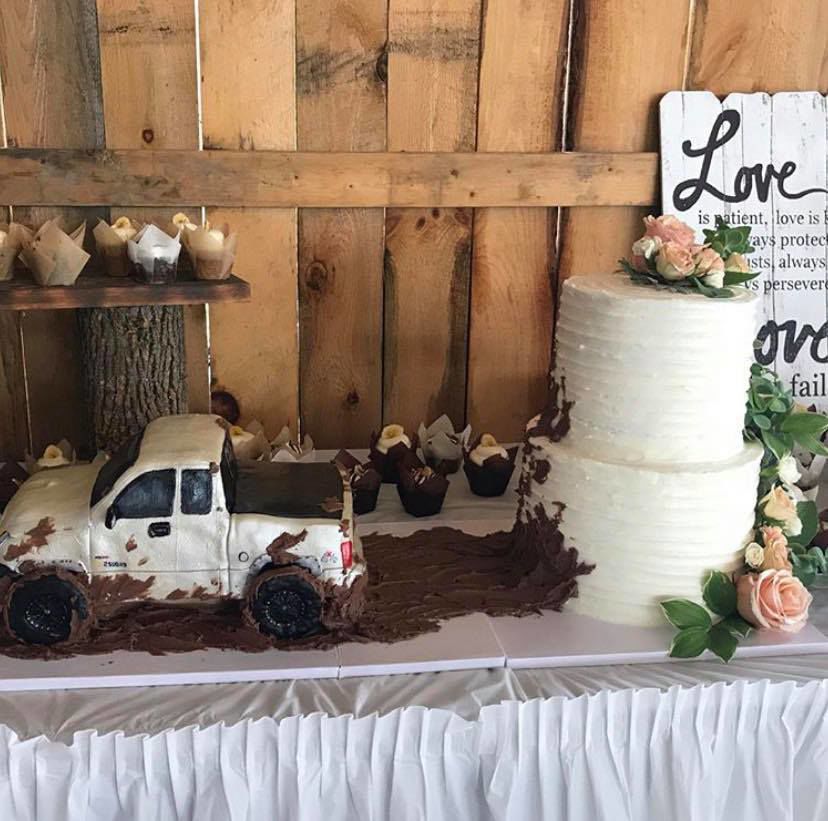 Lauren Itinger, owner of Taste and See Bakery, Huntingdon, can make special orders for a wedding cake. She once made a replica of the groom’s truck to go with a classic two-tiered wedding cake. 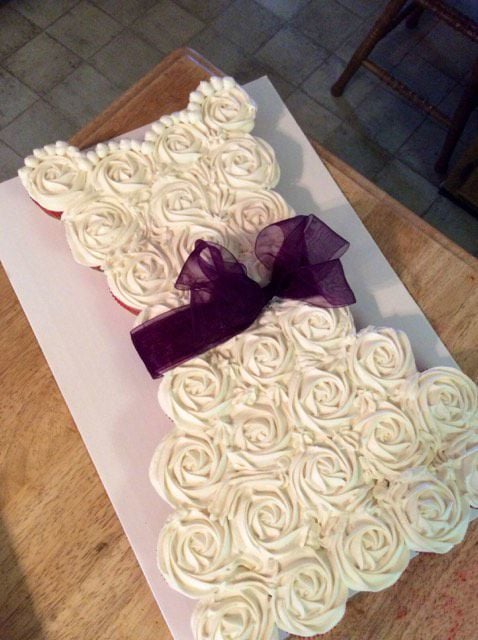 Cupcakes are a more nontraditional wedding dessert; however, designs like the one created by Stephanie Parsons of The Rolling Pin Bakery of Shade Gap can be a high-quality alternative to the traditional tiered wedding cake.

Lauren Itinger, owner of Taste and See Bakery, Huntingdon, can make special orders for a wedding cake. She once made a replica of the groom’s truck to go with a classic two-tiered wedding cake.

Cupcakes are a more nontraditional wedding dessert; however, designs like the one created by Stephanie Parsons of The Rolling Pin Bakery of Shade Gap can be a high-quality alternative to the traditional tiered wedding cake.

When planning a wedding, there are a lot of decisions a couple has to make, and one decision that will be easy for area residents looking to walk down that aisle will be where they will get their wedding cake or other dessert options.

Stephanie Parsons of The Rolling Pin Bakery of Shade Gap doesn’t do traditional wedding cakes, but will accommodate customers with another growing trend in desserts at a wedding reception — cupcakes.

“I no longer do tiered cakes, but instead, I offer a wide range of cupcakes, sheet cakes and gourmet layered cakes,” she said.

Popular flavors of cakes Parsons sells are the more traditional, but she does have a specialty cupcake that’s also popular.

“There are so many different kinds of cupcakes to choose from,” said Parsons. “I’d say the most popular flavors I sell are the traditional chocolate and vanilla. One of my favorites is one of my specialty cupcakes, which is chocolate with a fresh raspberry cream filling topped with buttercream frosting, chocolate shavings and a raspberry.”

Lauren Itinger of Taste and See Bakery of Huntingdon does offer the traditional tiered wedding cake option, but she’s also willing to go down a more nontraditional path.

“A lot of the couples are getting just a smaller cake, either a one- or two-tiered cake for them to cut and then cupcakes to feed their guests,” she said. “Recently, I’ve even been getting orders for a smaller cake and then whoopie pies instead of cupcakes! Some couples also are choosing to have a dessert/candy bar instead of cake slices, so I make decorated sugar cookies for that as well! I’ve still done three- or four-tiered wedding cakes, but the smaller ones are definitely more popular right now.

“I’ve noticed that a lot of brides choose cupcakes now instead of the two-or three-tiered cakes along with a small 6- or 8-inch cake for the bride and groom to cut,” added Itinger. “Ive also noticed a trend in weddings where they offer a dessert bar, which can include pies, cookies, whoopie pies, dessert mason jars, etc. ... I absolutely love the way this looks!

When it comes to favorite flavors, Itinger sees some trends couples pick out for their wedding cakes.

By far, red velvet and vanilla almond are the two most popular wedding cake flavors couples have been getting,” said Itinger. “The designs on the wedding cakes have been really simple and elegant. Most of the cakes include fresh flowers.”

Parsons said couples who want to stick to a budget will go with cupcakes, as they’re less costly for bakers to make.

“My tips for brides on a budget is to stick to cupcakes,” she said. “Cupcakes typically cost less then a serving of cake. This also is an easier way of making sure you have enough cake for your guests! 1 cupcake per person instead of guessing how big of a cake you will need.”

Itinger also offers as many options as possible so couples can stick to a budget.

I usually try and ask what their budget is and then I’ll ask what they want everything to look like, how many people everything would need to feed and what flavors they wanted,” she said. “If it doesn’t fit in their budget, I’ll offer some changes they could make in the design or size so that it could better fit in their price range. Often times, they’ll get a smaller cake for them to cut and if they didn’t want to do cupcakes, sheet cakes are a cheaper option and could feed a lot of people as well.”

While Parsons doesn’t remember any particular design for a wedding she’s done for her cupcakes, she does remember one special event that can easily be adapted for a wedding dessert.

“The most memorable cake I’ve made wasn’t for a wedding, but I was honored to be asked to make the cake for a rally with former Gov. Tom Corbett,” she said. “I was asked to make a cupcake cake made of 300 cupcakes in the design of the American flag.”

Itinger once replicated the groom’s vehicle into a wedding cake.

“For one wedding, I replicated the grooms truck out of cake,” she said. “The truck then was made to fling ‘mud’ up the back side of the actual wedding cake, which was an elegant two-tiered cake with fresh succulents and flowers. I thought that was such a clever way to include the groom, too.”